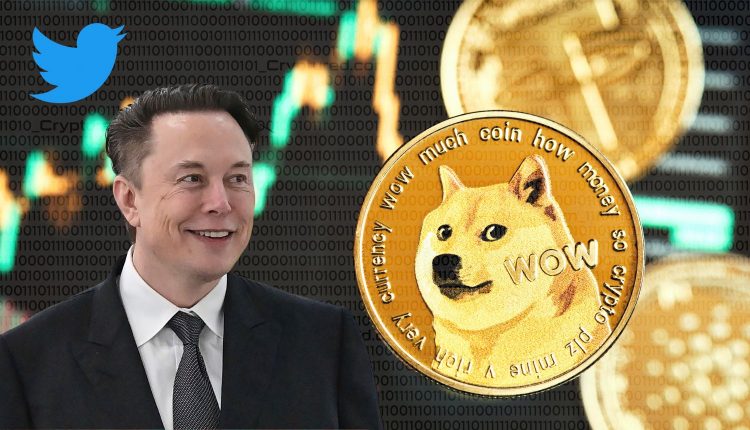 Following the world’s richest man’s acquisition of the social media juggernaut, the coin had a protracted surge, briefly doubling in value to 14 cents per Doge earlier this week. As of this writing, it is worth 11 cents, up 94% from the previous week, according to CoinGecko.

According to CoinGecko, Dogecoin’s overall value has increased over the previous week from roughly $8.1 billion to $15.9 billion as of this writing, surpassing coins like Cardano and Solana. According to market capitalization, it is currently the eighth-largest cryptocurrency.

The Memecoin popularity can be attributed to the multi-year partnership between Musk and the token, which has been mentioned in multiple tweets and used as a payment method for some goods and services offered by Musk’s businesses. Dogecoin may be used to pay for certain Tesla products on the automaker’s website, and The Boring Company also accepts it as payment for utilizing its Las Vegas Loop. Musk also suggested to Twitter users in April that they use Dogecoin to pay for his premium subscription service, Twitter Blue.

Musk first expressed his love of cryptocurrencies in a tweet from 2019 that read, “Dogecoin could just be my favorite cryptocurrency.” Since then, he has posted a number of memes on the website referencing the coin he recently bought.

Not everyone thinks Musk was sincere when he supported the meme coin. Musk, SpaceX, and Tesla were included in a $258 billion lawsuit in June for allegedly pumping the market.

Other dog-themed coins like the Shiba Inu and Dogechain, which are up 19% and 100%, respectively, this week, have also been impacted by the termination of Musk’s contract.

Over the weekend, Charles Hoskinson asked his followers on Twitter if Input Output Hong Kong (IOHK), the parent company of Cardano, could “pitch to Twitter a post-quantum superfast, and identity-enabled doge sidechain of Cardano specifically developed for social networks.”

The message comes after Elon Musk’s successful completion of the acquisition of the social media site Twitter last week.