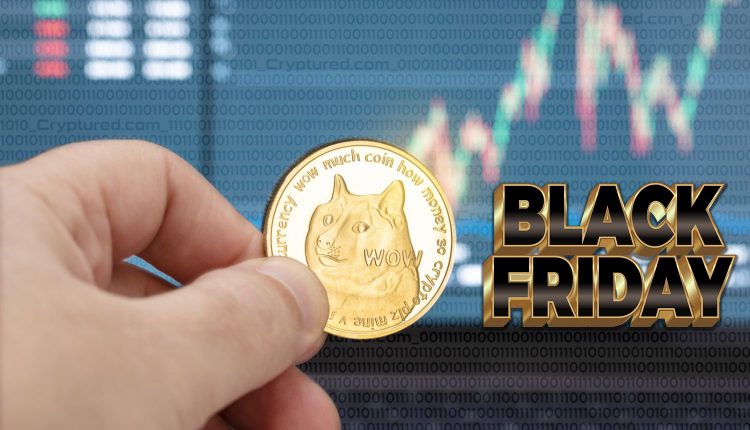 The popular meme coin Dogecoin has soared over 14% in the last 24 hours thanks to Black Friday sales. This holiday weekend is one of the most important dates on the retail calendar.

But Dogecoin and Black Friday don’t go together. It is unclear as to why the meme coin is experiencing a rally. The price has pushed DOGE to its strongest point since November 14. Dogecoin has seen a clean breakout above an immediate hurdle. This suggests that the meme coin will continue with the uptrend.

DOGE has pushed through the $0.0894 to $0.0861 resistance area after more than two weeks of failed attempts. At the time of writing this article, Dogecoin was trading at $0.09314, as per data from CoinMarketCap. If the altcoin manages to sustain above this level, it will indicate a resurgence of buying pressure and kick-start a run-up. It’s likely for the bulls to target $0.1125 which has served as a support level between October 30 and November 7.

After two weeks of failed attempts, the Relative Strength Index (RSI) is shifting above the 50 levels. This shows that the bullish momentum has returned and is likely to sustain. Analysts believe the last week of the month is often volatile. DOGE can see gains of 20%. A breakdown of the $0.0861 support level will invalidate the bullish outlook for the meme coin. It could create a shift in the narrative, prompting holders to offload their holdings.