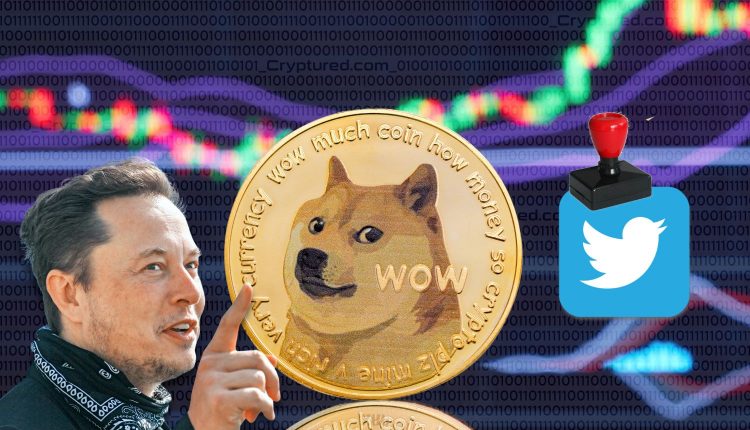 In the past seven days, Dogecoin has surged 41.13% thanks to Elon Musk’s on-and-off again deal to acquire Twitter, which he now officially has, of course. The meme coin now has a market capitalization of $46 million.

Dogecoin had seen a similar price surge in April when Musk floated the idea of adding the token as a payment method for Twitter’s subscription service, Blue. It had a sell-off in June when the billionaire tried to back off the Twitter deal. Dogecoin’s price surge is also attributed to rumours that Twitter is prototyping its own crypto wallet.

Jane Manchun Wong, a popular tech blogger, tweeted on Monday that the microblogging platform was working on a wallet prototype that supports crypto deposit and withdrawal. She doesn’t know which kind of cryptocurrency will be supported, or which network. However, Twitter hasn’t announced any cryptocurrency wallet product yet. But it did roll out a tipping feature in 2021. The feature allows users to send creators Bitcoin through the platform. The platform added Ether in February to its tips function.

Coming back to the meme coin, Dogecoin community members are voting on a great burn proposal to determine whether the total supply of the token should be reduced by 80% proportionally throughout all allocations and reduce the vesting period of remaining Early Shibes airdrop from 48 to six months. Data suggests that currently, 99% of votes are in favour.

Avi Felman, head of trading at BlockTower Capital, said Dogecoin is like this kind of big F**U to the system, it has value and it’s like it has to be bought because it has to be. He believes Musk is basically pushing up this message of “Why can’t Dogecoin have value”, and people love these narratives. Felman said Dogecoin has captured the mind and imagination of every single retail investor.

France and Sweden Get On-Demand Liquidity Thanks to Ripple.