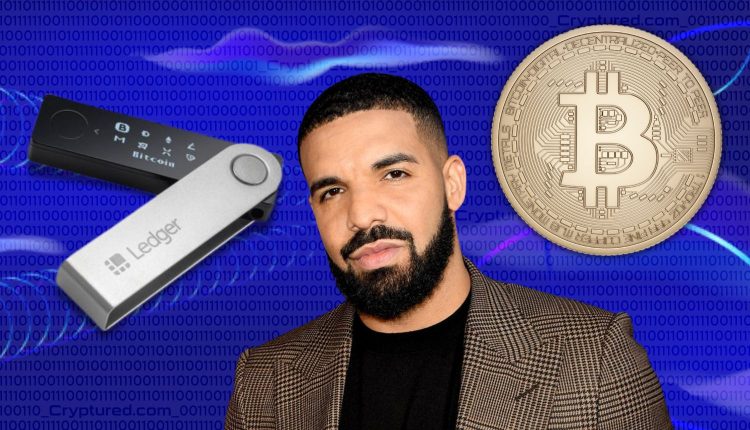 Ariel Wengroff, Ledger’s VP of Communication, said they learned about Drake’s iced-out Ledger the same way the rest of the world did, that is through the rapper’s Instagram story. She revealed that Ledger doesn’t have a partnership with Drake and didn’t give him that Ledger. Wengroff added that the company is not surprised that the musician gets the power of self-custody and protecting his assets. Ledger touts self-sovereignty above all else.

Rapper Gunna, in May, had worn a 20-carat diamond chain at the Met Gala with a diamond Ledger pendant by a partnership with the company. And Rapper YG had featured a Ledger wallet in a music video for his song Scared Money with J.Cole. YG, in the music video, can be seen showing off his Ledger in multiple shots and strutting it up to the camera. Moreover, Ledger had partnered with rapper Saweetie for her video Closer with singer Doja Cat. It features an iced-out hardware wallet.

How much Bitcoin Drake holds is unclear, but he is known for making major sports wagers using the cryptocurrency. Besides his Super Bowl winnings, the rapper won over $1.4 million worth of BTC last summer in UFC bets on the gambling website. Furthermore, Drake posts the results of his gambling with the very much popular Bitcoin on Instagram.