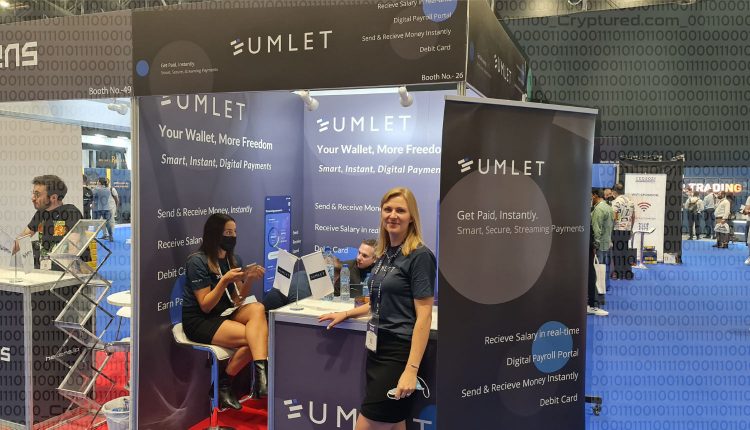 If you ever wondered of a platform on which you can send and receive borderless payments, carry out secure payments at any instant globally, and in return, you will be charged nothing in the name of transfer fees, then Eumlet will be your one-stop solution. The digital payments portal allows the users to carry out cross-border dealings, receive real-time salaries, and a lot more.

Well, probably a majority of people have gone through the phase where we are in dire need of our salaries to be credited in our account, but there arises some situation and we end up waiting for our own money. One of the core characteristics of Eumlet is that it facilitates the seamless steaming of your earnings to you in real-time.

The platform’s other significant feature is that it carries the potential to digitize businesses and salary payments and this, ultimately contributes to the empowerment of employees by opening gates to new possibilities.

While attending the Crypto Expo Dubai 2021 held between 13-14th October, Eumlet reportedly announced the upcoming feature additions it is going to have in its ecosystem. One such core feature that will be released soon is the Eumlet Debit Card, through which, the user will be capable of spending his money anywhere in the world.

In addition to this, we should not forget to address the fact that the digital payments portal is in the early stages of the development of the Eumlet Savings. There are options like depositing your funds so that you can manage to earn a passive income along with a range of cryptocurrencies and stablecoins to choose from.

Hence, the Eumlet payments portal is working really hard to develop a platform that can be used by users so that they can be paid instantly.