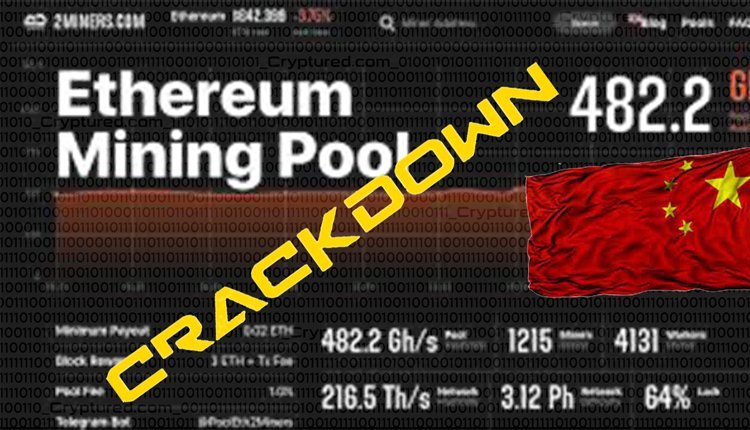 Due to a crackdown in China, another Ethereum mining pool was forced to shut down

China’s crackdown on cryptocurrency has led to the closure of another Ethereum mining pool, this time, BeePool. BeePool is the fourth largest ETH or Ether mining pool in the world. On Tuesday, the Chinese company BeePool announced that as per the latest regulatory policies within the country, they would be shutting down operations.

BeePool will no longer be accepting registrations for new users. No new sub-accounts can be added to existing user accounts either. By October 15th, all the mining access servers are expected to stop working.

News about BeePool shutting operations came just one day after SparkPool, another Ether mining pool based in China, announced that they would be shutting all operations by the end of the month. Only between them, both BeePool as well as SparkPool provided above half of the total hash rate for Ethereum.

The Chinese government seemed to be slowing down on their crypto crackdown, before they returned with reinforced momentum. New measures, as well as regulatory policies have been implemented with regards to cryptocurrency. Inter-departmental coordination among government agencies is also being used to implement the crypto crackdown in the country.

For months, the focus of the crackdown was on Bitcoin mining. Now, with a majority of Bitcoin companies and investors having shifted out of the country, the new focus is on Ethereum. As a result of the crackdown, the price of ETH dropped below $3000 on Tuesday.

Resistance mounts to Biden’s OCC pick, concerns she could ‘regulate cryptocurrency into obliviousness’