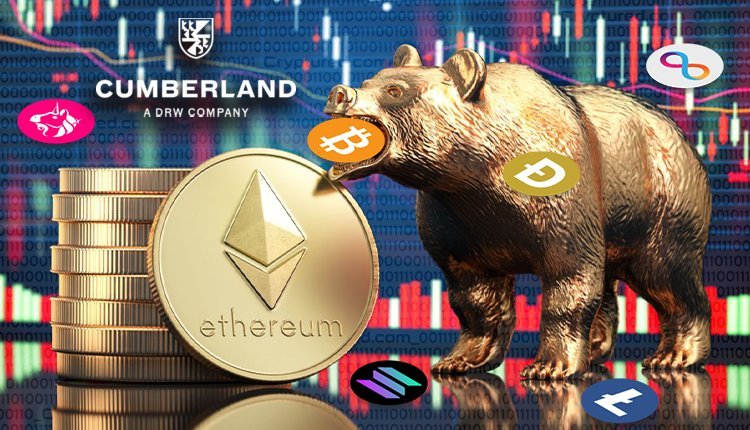 In the last week in particular, the crypto market took a beating. While this was taking place, several OTC trading desks saw high order volumes for digital currency. One of these was the Cumberland trading desk. Cumberland is a DRW subsidiary and on June 13th, 2022, saw a 30% increase in its trading volume over the previous year.

OTC type trading desks facilitate traders with a high net worth to do trades in coins without a change in the spot market. This is important because such trades would definitely have an impact in the traditional marketplace. OTC desks also offer the liquidity that such traders need, and smaller exchanges are not equipped to do the same. Companies offering such services include, Kraken, Athena Investments, Falconx, and Cumberland to name a few.

In the middle of the carnage experienced by the market, DRW spokespersons tweeted about the OTC outflow experienced by the company. The tweet also offered information on some moves made by traders. A frequent question asked was what the flow looked like because the OTC flow offers deep insights on how the market deals with such movement. Cumberland was established in 2014 and in less than a decade has become one of the best global OTC desks.

Per the information in the tweet, the desk experiences a lot of volume on big swings and June 13th was no exception. According to the company, it was the highest volume experienced by the company this year. The volume mostly centered around BTC, and the rest was ETH. BTC experienced 75% of the action. In every case, when traders want to get out of risky products, they trade in products that are the most liquid.

This bloodbath has shown the leverage amount that was wiped out in the market, and in just two weeks. According to Cumberland stats, liquidations were the majority flow.