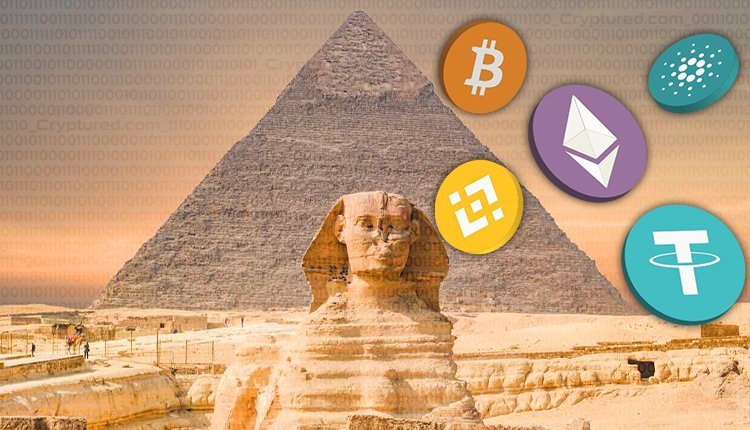 The central bank in Egypt renewed its warning against dealing with all types of encrypted virtual currencies. It said whoever violates the decision of the crypto trading ban may be punished with a fine of up to LE10 million. The Egyptian central bank highlighted high risks, including cryptocurrency’s significantly fluctuating value and its use in financial crimes and e-piracy.

Cryptocurrency and virtual currencies are not issued by the Central Bank or any official central issuing authority that can be referred to. Moreover, it lacks any material cover to ensure the stability of the currency and protect the rights of its dealers.

An official statement by Egypt’s central bank brings to fore the Law of the Central Bank of Egypt and the Banking System, which is promulgated by Law No. 194 of 2020. This legislation prohibits issuing, trading, or promoting cryptocurrencies, creating or operating platforms for trading it, or carrying out related activities. The statement says that whoever violates the law shall be imprisoned, and fined no less than one million pounds, and no more than LE10 million, or one of these two penalties.

The central bank outlined that dealings in Egypt are limited to the official currencies approved by the central institution only. It appealed to dealers in the Egyptian market to be very careful and not to engage in dealings with high-risk currencies.