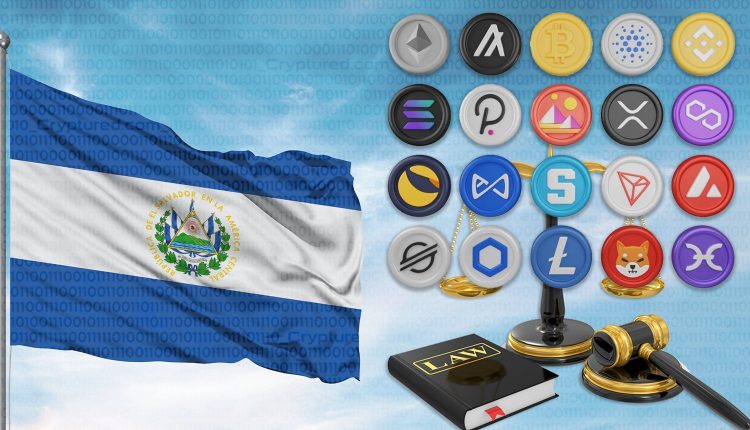 Even though the cryptocurrency market is in a bearish phase, El Salvador is increasing its wager on them. The first nation to recognize Bitcoin as legal cash is now developing a Digital Asset Issuance Law that would simplify transactions involving any crypto asset.

The bill would govern the transfer operations of any digital asset in order to “promote the effective development of the digital asset market and preserve the rights of acquirers,” as stated in a document that can be found on the official website of the National Assembly of El Salvador.

The law is innovative in that it creates a specific legal framework for cryptocurrencies by separating them from all other assets and financial instruments. According to the law, a digital asset must make use of a distributed ledger or a related technology in order to be included in this category. The blockchain is arguably the distributed ledger technology that is the most well-known today.

Transactions involving CBDCs (since they are fiat currencies governed by each nation’s financial regulations) are not covered by the law’s framework, nor are those involving assets that aren’t eligible for trading or exchange, have restricted transactions, like securities, or that are owned by sovereign entities subject to foreign law.

The new law was swiftly met with criticism. Salvadoran hacktivist Mario Gomez has harshly criticized President Nayib Bukele’s execution of the Bitcoin Law, claiming that it was created to aid struggling foreign companies and promote El Salvador as a haven for the bitcoin industry. In response to criticism of the issue, he claimed in a Twitter thread that “these businesses focus on tiny countries since it is simpler to sit down directly with a president being a major company and pass laws that benefit (them)”.

In June 2021, President Bukele presented the renowned Bitcoin Law to Congress. A few hours later, it had already been accepted by the National Assembly, with a sizable majority of the pro-government party.