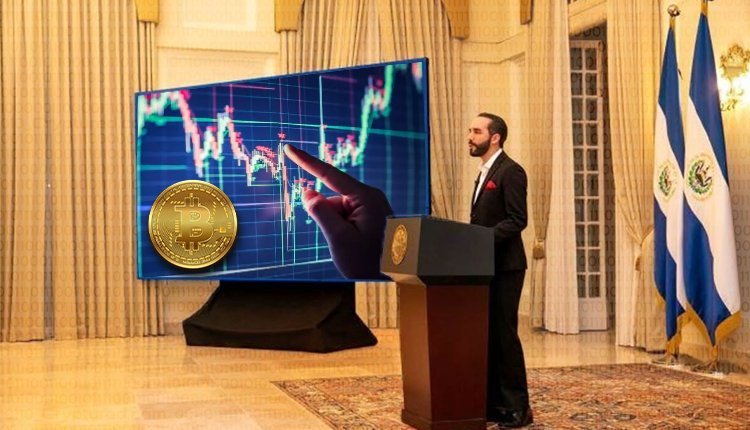 As the market is turning bearish and the Bitcoin prices are falling the president of El Salvador, Nayib Bukele, decided to address concerns with some advice.

It was Nayib Bukele who pushed for giving Bitcoin (BTC) the status of a legal tender in El Salvador. Clearly President Bukele supports the digital asset. Therefore, when BTC plummeted below the $20,000 trading mark, President Bukele decided to help suffering crypto investors by giving them advice and encouragement.

When Bitcoin Became a Legal Tender

In 2021, El Salvador adopted Bitcoin as a legal tender. The cryptocurrency was trading at the $50,000 price level. From here till Bitcoin experienced its highest price mark at $69,000, the country of El Salvador enjoyed its returns on the initial investment.

So it was only natural for President Bukele to speak on the occasion of BTC’s tragic price drop. The President took to Twitter to address concerns. He began by first addressing all the investors who are stressed by BTC’s decline in price. Then, he continued to reassure the investors that their investment in BTC is secure. He advised them to endure the bearish trend in the market. According to President Bukele, BTC will recover soon after the bear market wears down.

Mixed Reactions to the President’s Statement

Some critics took a dig at President Bukele’s comments. They said that El Salvador purchased its BTC stocks when the price levels were higher than the current value.

Many critics also believe that all cryptocurrencies will continue to experience a downward trend. But according to on-chain analytics, BTC is actually going to recover back to its initial glory.

An example of a DAO for a bank or financial institution.

BTC is submerged, but the metal you can hold is alive and well.