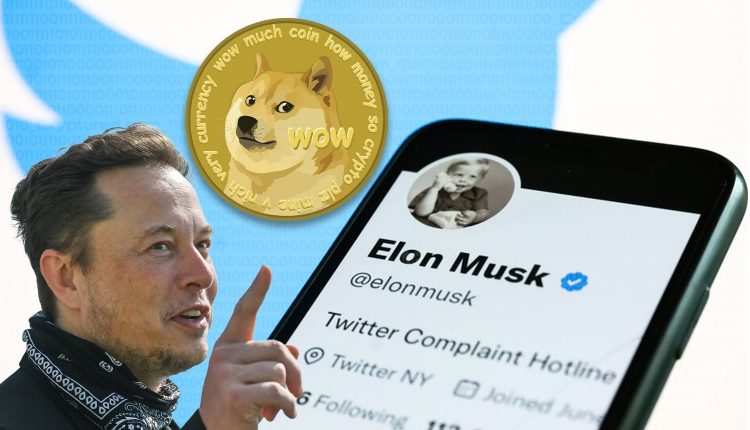 Elon Musk Once Again Alludes to Dogecoin Payments on Twitter.

Elon Musk, the most influential person in the world for Dogecoin, has hinted once more that he would accept the joke currency on Twitter, his recently bought social media network. Tesla’s billionaire has been very active on the social media site since he took control of it last week and began shaking up the corporate hierarchy.

The wealthy Tesla owner, whose Twitter handle has been changed to “Twitter Complaint Hotline Operator,” posted about inner masochism on November 2. In response, the Stonks Reddit Trading account queried him about if he was developing a Dogecoin payment method for the website. Musk responded with the “eyes” symbol, indicating that he might be investigating.

Upon completion of purchasing Twitter, Elon Musk the influencer of Dogecoin and also shared of the meme coin led to Dogecoin’s price surge in upward sentiment. According to CoinMarketCap data, Dogecoin is currently trading at $0.1376 with a market volume of $5,987,235,884 USD. However, compared to its $0.731 all-time high price in May 2021, which Elon Musk also helped to push, Dogecoin is still down 81% from that point.

Investor Luke Martin proclaimed to his 320,000 followers that it was the first formal mention, “Woah. Is this @elonmusk’s first tweet with a $DOGE Twitter integration since he took over? If he does it, it will unquestionably blow up.

Additionally, “Croissant,” a cryptocurrency sleuth, investigated Musk’s potential motives and objectives for the network. His idea was to create a blockchain-based social media network that supports both text messaging and payments.

Musk also has lofty aspirations for a “Super App” named X (he owns x.com) that can perform all tasks. Decentralized social media, micropayments, gaming, food delivery, ride-sharing, and retail are all things that it would provide. It would resemble WeChat from China, which combines several functions like texting and payments.

A decentralized digital asset is required for Musk’s all-encompassing idea. He has tickled the Doge before, and he will undoubtedly do it again.