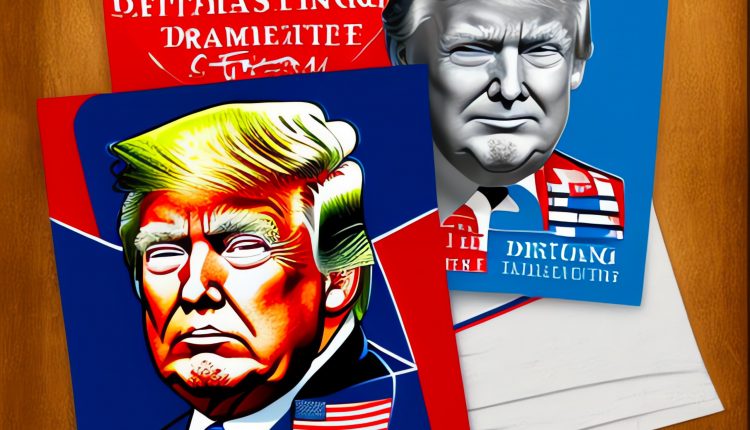 Former US president Donald Trump has surprised NFT enthusiasts by releasing a collection of 45,000 fantasy NFTs via his social media platform Truth Social. The trading cards, minted on Polygon, feature images of Trump in a style similar to collectible baseball cards. Collectors can purchase the cards with Ether or fiat currency. Each token can be bought for $99.

Those buying the NFTs will be entered into sweepstakes which include 1000s of prizes such as one-on-one dinners, zoom calls, and rounds of golf with the former US president himself. Eric Wall, a crypto analyst, likened Trump’s project to a SimpDAO. He said the NFTs give holders access to a community, as such the tokens aren’t like baseball cards, but a SimpDAO.

But the SimpDAO community is shocked with these NFT collectibles as Trump is not a supporter of crypto. Wall said it’s insane. The analyst tweeted that Trump doesn’t like cryptocurrencies and now there is a MATIC/WETH error on the checkout page of a product he is selling. He closed off by saying that life comes at you fast!

Binance CEO Changpeng Zhao brushed off the negative comments surrounding Trump’s project and acknowledged the fact that the politician issues NFTs. He believes that Trump didn’t like crypto before but the feeling might have changed and it’s evident in the NFTs. Baked Alaska (Anthime Gionet), a far-right internet account, tweeted a cryptic noted that he can’t believe that he is going to jail for an NFT salesman.

Sony has Expressed Interest in the NFT Gaming Industry.