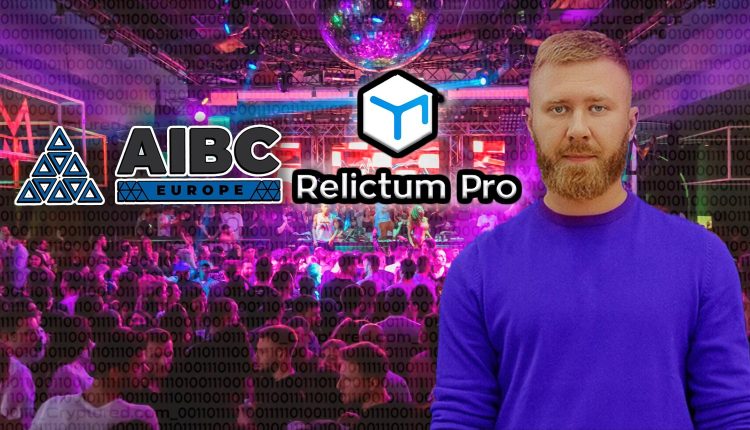 Relictum Blockchain believes it has a high chance of establishing partnerships with projects and becoming their payment method after the AIBC Summit Europe 2022.

Alexander Strigin, CEO of Relictum Blockchain, said they negotiated with very reputable companies in the gambling industry that were interested in cooperation with Relictum and considering the company as one of the most important Web3.0 components. He said the first day of the summit was very inspiring. Strigin was happy to be a part of that community. He said the purpose of their participation was to promote and increase awareness of the Relictum Blockchain brand.

🔥Alexander Strigin, Relictum Blockchain CEO, appeared at the main stage of the summit as a speaker and panel discussion expert on November 17.

The three-day event was attended by leading representatives of the world of cryptocurrencies, blockchain, Web3, NFT, decentralized finance, economies, investment and venture capital, as well as many others who were interested in the Relictum technology for possible integration into their business processes.

Relictum Blockchain earned useful connections, acquaintances, and potential partnerships. Relictum ecosystem is described as a powerful set of products and advanced technologies available for everyone in a single application to implement tasks and ideas of any complexity with blockchain technologies. One of its products, Relictum Pro, is the first global blockchain service that provides the opportunity to optimally use modern equipment with a great deal of future.

According to the company’s portal, Relictum Pro is an endless registry with a developed system of smart contracts. It describes any event in human life, ranging from buying and selling goods and services, and recording logistic events, to tracking copyright and interacting with legal entities, including a number of self-executing transactions in any field of activity.