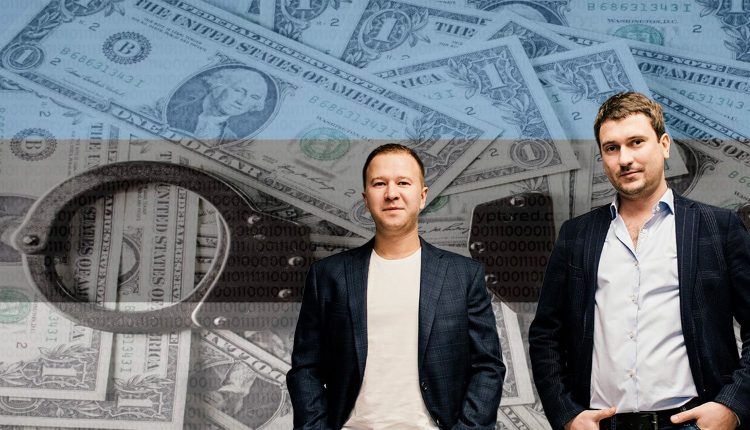 On the basis of an 18-count indictment, two Estonian individuals were detained in Tallinn, Estonia, yesterday for allegedly participating in a $575 million Bitcoin(BTC) fraud and money laundering conspiracy.

A legal document claims that Ivan Turgin and Sergei Potapenko, both 37 years old, used a complex operation to defraud hundreds of thousands of people. They persuaded victims to sign up for the defendants’ HashFlare BTC mining company’s fraudulent equipment leasing contracts.

Additionally, they convinced victims to invest in Polybius Bank, a virtual currency bank. In fact, Polybius was never a bank and never made the dividend payouts that were promised. Over $575 million in compensation was paid by victims to Potapenko and Turgin’s businesses. The fraud funds were afterward utilized by Potapenko and Turgin to buy luxury homes and automobiles while being laundered through shell corporations.

The guys are charged with using front businesses to buy luxury cars and real estate while laundering the proceeds of fraud. According to the Justice Department, the two are currently in Estonian custody pending extradition to the United States.

In a press statement, U.S. Attorney Nick Brown of Seattle stated that the defendants “capitalized on both the allure of cryptocurrencies and the mystery surrounding cryptocurrency mining, to execute an immense Ponzi scheme.” According to Brown, Estonian and American officials are attempting to seize the defendants’ possessions and bank accounts.

No information about the men’s legal representation was found in Seattle court records. Authorities reported that some victims were in Western Washington state.

This year has not been without its share of volatility and unrest in the cryptocurrency sector, including a precipitous drop in the price of bitcoin and other digital assets. The third-largest cryptocurrency exchange, FTX, failed earlier this month as a result of the digital currency equivalent of a bank run. Some people have compared the current situation to Wall Street firms failing during the 2008 financial crisis, especially in light of the failure of FTX and other ostensibly healthy companies.