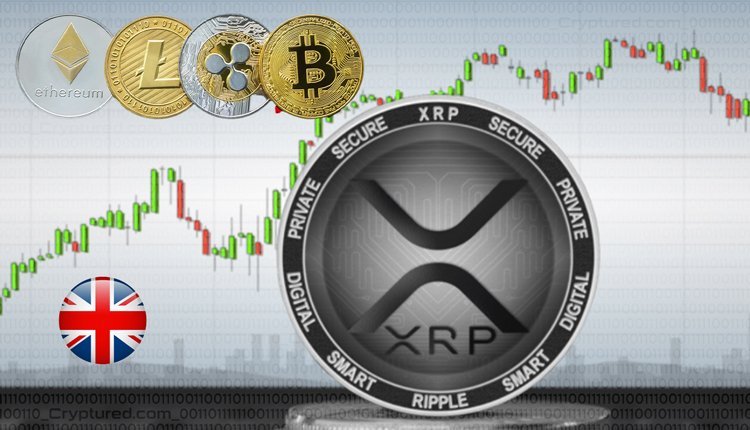 ETH Is UK’s Second Most Preferred Cryptocurrency, XRP Is Third-Most

A survey shows bitcoin, ethereum, and ripple as the top three cryptocurrencies in the United Kingdom. BTC, as per Finder.com survey, made it to the first position at 42.8%, ETH at 32,9% in the second place and XRP in the third at 17.4%.

The survey highlights that ethereum’s global adoption rate has decreased to 24.4% in December 2021 from October’s 28.2%. But UK’s ETH enthusiasts are holding onto their coins. Finder.com pointed out that even though bitcoin leads in the top three, it is showing weakness. In fact, BTC has fallen from its 56.7% high. The crypto market in the UK has seen very slow and sluggish growth. Other countries in Europe have seen fast-paced adoption, growth and excitement in the market.

The month of December saw the crypto market dip significantly as the world’s most popular digital asset failed to achieve the $100,000 mark. After setting a hold of $42,000 in early December, bitcoin appears to be macro bearish. However, it hasn’t seen much gains in the new year as speculations about the Feds raising interest rates saw turbulence rocking the market. Bitcoin declined significantly and short-term holders prefer to sell their cryptocurrencies.

Anyways back to the survey, bitcoin seems to have found new grounds in Australia. BTC’s dominance in the Australian market grew to 72.7% and the country down under emerged with the highest number of bitcoin holders worldwide. Russia, the Philippines, Colombia and India recorded growth in crypto ownership in the month of December.

Binance enlists the help of a former central bank executive to promote compliance in the CIS and Russia.

Market Watch May 19: Another week of lows for crypto market, Bitcoin struggles at…

Market Watch May 19: Another week of lows for…