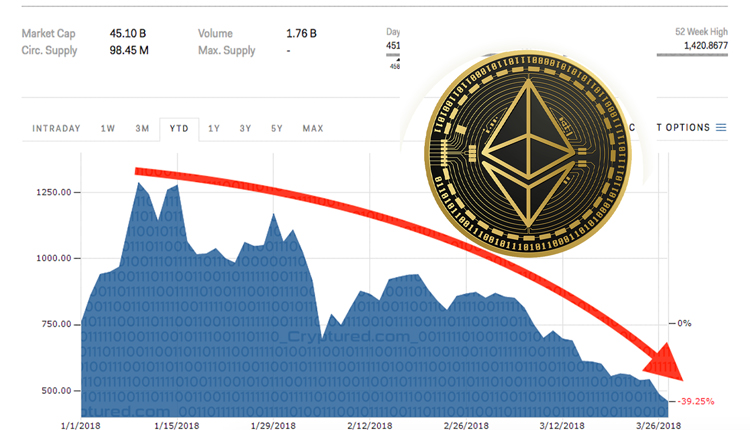 Ethereum’s new move did not excite the investors and stopped its “up-only” trend earlier this month.

On October 22, BTC (Bitcoin) stayed closer to the 60,000 USD mark after Ether, the largest altcoin, did not succeed in impressing the crypto investors.

According to Trading View and Cointelegraph Markets Pro, ETH could just match its record price of 4,380 USD on Bitstamp but then witnessed a harsh rejection.

Rekt Capital, analyst, and trader called the proceeding a “picture-perfect rejection”. On October 22, the value of ETH touched around 4.150 USD and preserved 4,000 USD as support. However, there was a flash decline that instantly followed the all-time high value.

Ether performed better against BTC, and the BTC/ETH pair had bounced near the low observed in late July.

Bitcoin also failed to maintain significantly higher levels and took a break as excited investors cooled their emotions. Its funding rates returned to normal on October 22.

The market showed open interest though it was not as crazy as the Quarter 2 rush. It produced an all-time high value of $64.900 in place until that week.

In one of its recent updates, QCP Capital, a crypto trading firm, commented whether that meant there was still scope for extra topside euphoria or not. It added that they were at levels, which were beginning to stretch the market.

Beyond the hype of the NFT: Developing long-term business strategies for artists