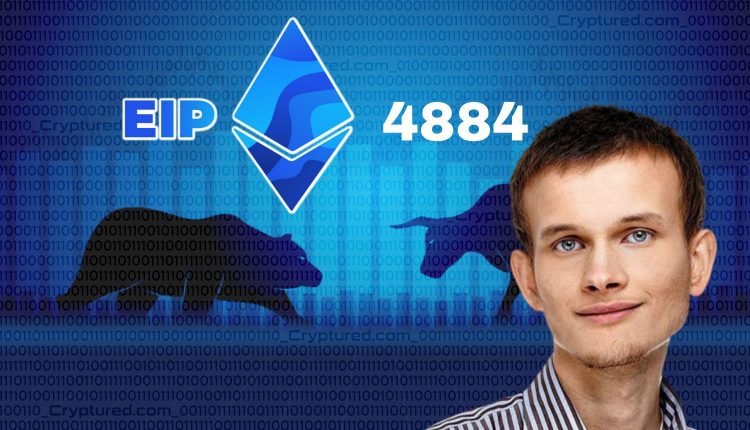 Vitalik Buterin, the founder of Ethereum, is very much bullish about 2023 as the Ethereum Improvement Protocol (EIP) 4884 will be rolled out this year. The EIP 4884 had been removed as part of the upcoming Shanghai upgrade package for March.

Buterin is looking forward to reaching the basic rollup scaling milestone as outlined in the Ethereum roadmap. He said there are a large number of optimistic and ZK rollup projects at various stages of development. The one thing common to the projects are the use of temporary training wheels. He explained that while a project’s tech is still immature, the project launches early for the ecosystem to start forming. And instead of relying fully on its fraud proofs or ZK proof, there is some kind of multisig that has the ability to force a particular outcome if there are bugs in the code.

Buterin highlighted that EIP 4884 was to be packaged in with Shanghai to introduce protodanksharding in an effort to enhance layer-2 rollup scalability (The Surge) ahead of the full implementation of the major Sharding upgrade late next year. He said the rollups would be particularly taking off training wheels and cited his November 2022 post on the Ethereum Magicians forum which stated three stages of trust model based on how mature a project’s tech was. He likened Stage 0 to having full training wheels – requirements for all transactions being on-chain and providing users the ability to withdraw their assets without the operator. Buterin said Stage 1, that is limited training wheels, must have a transaction verification method like fraud proof or validity proof scheme to accept or reject which transactions are allowed by the smart contract.

Dogecoin Price On Down Hill Roll Over Potential Changes to its PoW Consensus.