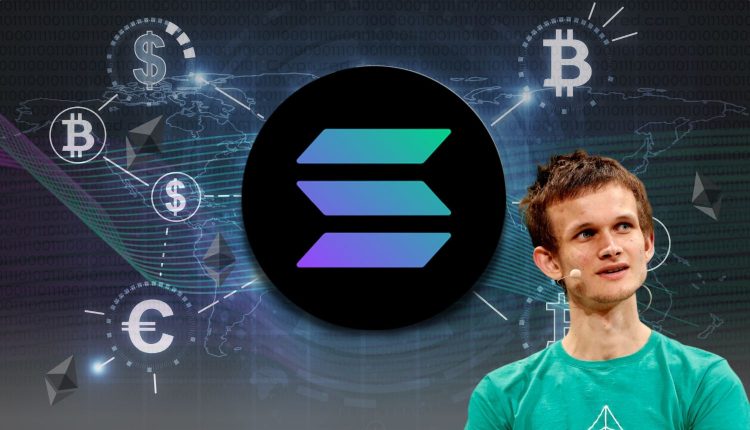 Vitalik Buterin, the founder of Ethereum, has tweeted support for the Solana blockchain which has been battered by FTX’s implosion. SOL, Solana’s native token, is down about 96% from all-time highs of $260.

At the time of writing this article, Solana was down by 1.99% as per data from CoinMarketCap and trading at $9.51. It lost 20.41% of its value in the past seven days. The altcoin which was once listed among the top 10 cryptocurrencies is trading in the single digits for the first time since February 2021.

Following SOL’s Thursday recovery, Buterin tweeted that there is an earnest smart developer community in Solana. He believes the Solana chain has a bright future now that awful opportunistic money people have been washed out. Buterin hopes the community gets its fair chance to thrive. Some Solana enthusiasts took to Twitter to highlight that SOL’s 2021-2022 chart mimics the boom-bust pattern set by Ethereum in 2018 and 2019, when ETH fell 95% from its heights above $1,200. The second most popular cryptocurrency weathered another boom-bust cycle and settled for the $1,200 range again.

Crypto analysts say Solana has to shake off its association with Sam Bankman-Fried for its native token SOL to recover. SBF is known to have heavily invested in SOL and supported the blockchain’s projects with FTX venture deals and Alameda Research. Various reports outline that SBF’s companies purchased over 58 million SOL tokens in aggregate. However, the implosion of FTX and its sister firm triggered an exodus of capital from Solana DeFi. And its trading protocols continue to suffer from limited liquidity.