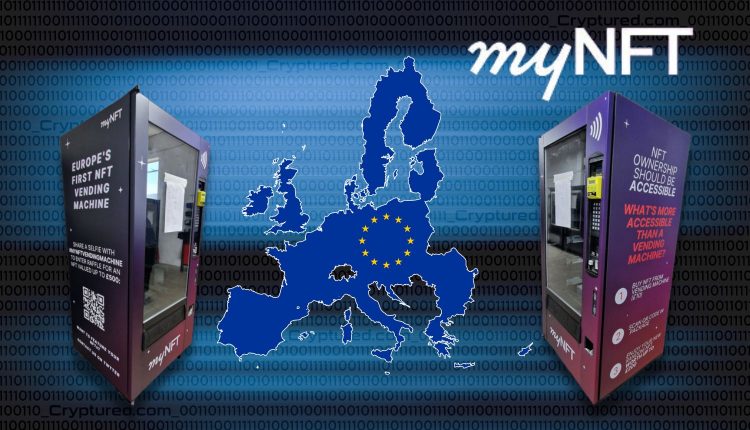 Users need to pay £10 for an envelope with a QR code for non-fungible tokens. Europe has had its first NFT vending machine installed in London at the Queen Elizabeth II Center in Westminster. It has become the latest attraction for passers-by.

The NFT vending machine was available on November 3th and 4th for the NFT.London conference. Hugo McDonaugh, the co-founder of my NFT, said the present location of the vending machine in Europe is not its final destination. He revealed that the search is still on for a place to put the machine. They are looking at some bars as the vending machine is primarily to bring digital collectibles closer to people.

McDonough believes there is much potential in the NFT market and it’s such a shame to see some of that go to waste when possible investors are put off getting involved by various unnecessary and complicated barriers. my NFT is determined to turn NFT investments into everyday activity and break it out of their current clique. He said profits from the sales of NFTs will go towards charity – Giveth and Roald Dahl’s Marvelous Children’s Charity.

Users with the QR code in the envelope from the vending machine can redeem the NFT using the NFT platform. It can be done with contactless payment and without using a crypto wallet. It should be noted that the NFTs acquired through vending machines in Europe are multichain. The NFT users can hold their tokens on various blockchains like Ethereum, Moonriver, BNBChain, and Polygon.