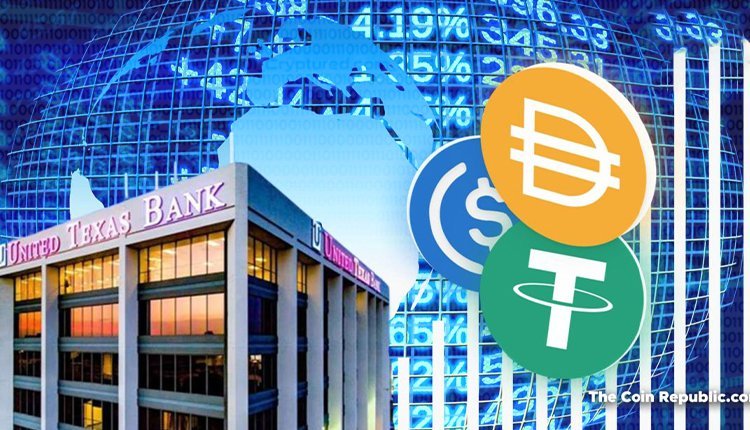 Executive wants to limit issuance of USD-backed stablecoins to banks.

Scott Beck, the CEO of United Texas Bank, believes the issuance of US dollar-backed stablecoins to licensed banks should be limited. He called on members of the state’s blockchain working group to recommend a policy for leaving stablecoins to banks and not to crypto firms like Circle.

Beck highlighted a November report from the President’s Working Group on Financial Markets. It said stablecoin issuers should be held to the same standards as insured depository institutions including state and federally chartered banks. The CEO outlined that if such stablecoins are defined to be money, banks are the proper economic actor to issue and manage stablecoins. Beck says banks have the expertise and legal framework for handling money. He argued that banks are highly regulated at the state and federal levels.

The executive outlined that bringing stablecoin activities into the banking sector and prohibiting non-banks from issuing stablecoins will enhance consumer protection. Moreover, it will attract additional resources and capital to the emerging area of economic activity. Beck highlighted that stablecoin issuers like Circle were holding assets at other institutions. And this effectively takes deposits out of the banking industry. Some stablecoins, according to Beck, were vulnerable to runs, likely to threaten the economy should the market reach a certain size. Leaving the issuance to banks, ensured that Know Your Customer (KYC) rules would be followed.

Lee Bratcher, president of the Texas Blockchain Council, debated that Beck’s proposal was anti-competitive. However, Beck said the key difference between licensed banks and private companies issuing stablecoins was that, for the former, cash behind the tokens would remain sitting at the Fed – confirming that the funds would be FDIC insured.

Circle’s USDC dollar-pegged stablecoin is believed to be 100% backed by cash or cash equivalents. This includes bank deposits, treasury bills or commercial paper, etc. In March, Circle had said that financial institution BNY Mellon would take over the custody of its USDC reserves.

Adoption of crypto payments by Visa and Mastercard will mark a major turning point.

Tether Assures No Risk From USDT on Solana, SOL…