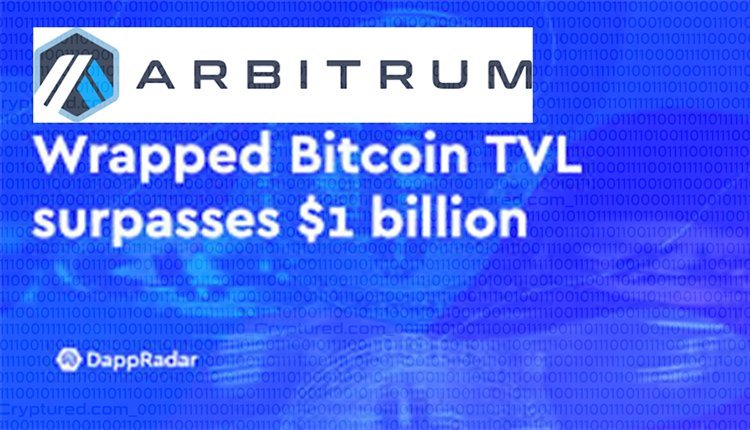 A Layer 2 digital assets platform, Arbitrum, reached $1.5 billion in TVL (Total Value Locked) within 2 weeks since the launch of its mainnet.

Crossing the $1.5 Billion Mark in TVL

As per L2Beat, a Layer 2 data analysis platform, Arbitrum broke a record of $1.5 billion on September 11. The platform recorded a higher influx from users who flocked to Arbitrum’s yield farming platform, ArbiNYAN. Their intention was to reap the benefits granted by Arbitrum’s own cryptocurrency, which is – a 1000% return on staking its native token.

The yield farming platform has over $1.4 Billion in Total Value Locked. This means most of Arbitrum’s funds have been relocated due to the farm’s staggering yield. At the time of writing, the platform is offering the yields with a 3,314.70% APY (Annual Percentage Yield) in the Nyan (Nyancoin) pool.

Arbitrum’s Total Value Locked has increased by 2,300%. But the TVL bridges of other platforms have shrunk – Solana by 58%, Fantom by 36% and Harmony by 62%. This happened in the same week, as per the data received from Dune Analytics.

The Possibility of a Token Airdrop Rumor

A rumor could also have been why large parts of the fund were moved over to Arbitrum’s layer. On Twitter, the rumor of a possible native token airdrop spread. It was even supported by crypto influencers like Cobie, who tweeted that ETH L2s will perform a dydx/uniswap type-token drop.

But Arbitrum squashed the rumor. There is no native token issuance. Anything which claims to be an official token of the Arbitrum platform is a scam.

Grayscale and Icapital have teamed up to give 6,700 financial advisors access to cryptocurrency investments.