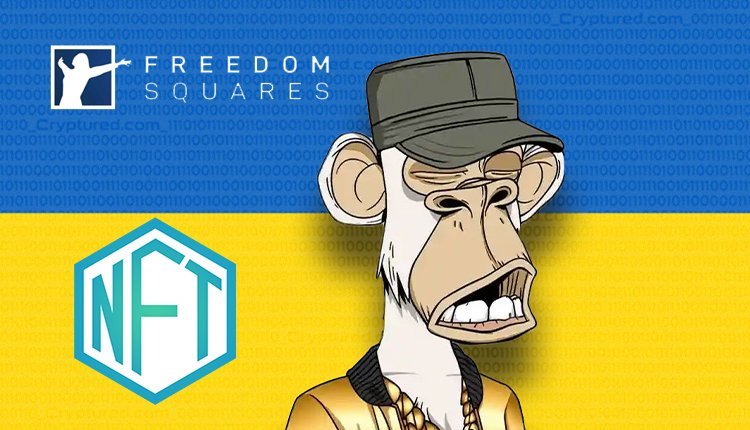 A new NFT project, Freedom Squares is helping raise funds for some notable relief organizations that are working for the cause of Ukraine. The organizations include actor Sean Penn and co-founder/CEO Ann Lee’s “CORE” and Chef Jose Andres’ “World Central Kitchen”.

This project has drawn inspiration from Ukrainian President Volodymyr Zelensky’s comments on March 1 following the Russian forces bombing Kharkiv’s Freedom Square. Zelensky had said that every square today, no matter what it’s called, is going to be called “Freedom Square” in every city of Ukraine.

As such, Freedom Squares – an Ethereum-based NFT project emerged. A team of teach and web leaders/builders from around the world came together for the shared cause of Ukraine by giving rise to Freedom Squares. John Pleasants, the CEO of Brava Home, revealed that he got the idea during a run through New York City’s Central Park after hearing Zelensky’s broadcast speech. He pictured his run through an aerial view and came with the idea to map all the important squares that the Ukrainian President now called Freedom Squares.

The Freedom Squares project is described as a series of NFTs based on mapping data from 1,617 total city squares across all of Ukraine. The tokens highlight parks, memorials and monuments etc. Each square is shown in four different styles. As such, the collection is made up of 6,468 base NFTs. Each will be sold for 0.1 ETH, that is about $295, in the mint set.

Moreover, Freedom Squares will see 100 animated special edition NFTs for 1 ETH – about $2,950 per token. Auctions will also be held for a pair of two complete non-fungible token sets based on the original Freedom Square, as well as Independence Square in Kyiv. Auctions will commence on May 10.

The NFT project seeks to raise at least 755 ETH or $2.2 million through the initial drop. This is an effort to help the US-based charities to help provide humanitarian aid. CORE and World Central Kitchen’s relief efforts for Ukraine will benefit from the funds.

Ann Lee, the co-founder of CORE, expressed delight to work with Freedom Squares team for this initiative. He highlighted that besides raising critical funding for humanitarian work in Ukraine, they are also raising awareness about the actual communities under attack.