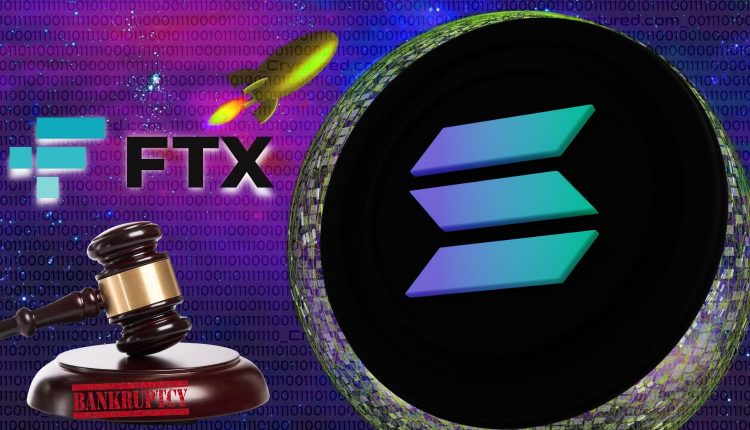 FTX Bankruptcy has had the Greatest Impact on the Solana Ecosystem.

The market is still responding to FTX’s insolvency, days after the fall of the centralized exchange. Although the entire industry has been severely impacted, recent indications indicate that the Solana ecosystem has been the most severely impacted.

Anatoly Yakovenko, a co-founder of Solana, said in a tweet that the company was financially capable of surviving for 30 months and had no assets listed on FTX. Furthermore, SOL Foundation disclosed that its exposure to FTX on its balance sheet was less than 1% of its cash and cash equivalents. The Solana Foundation also claims that the biggest DeFi projects on Solana have little to no exposure to FTX. Despite the assurances, SOL’s bleeding has not stopped, and it is still falling.

Adam Struck of Struck Capital claims that the Solana ecology will survive this. According to the managing director at Nine point Partners Alex Tapscott, the token may endure due to the strengths of the technology and its people.

According to Jack Saracco, co-founder of Ping, it’s best that Solana cut ties with the FTX enterprise at this time. However, he recognized that the immediate effect can be painful.

The amount of NFT trading has increased by $13 million since the FTX bankruptcy. The volume of NFT trade has increased significantly on Solana-based markets Magic Eden, OpenSea, and Solanart in particular. Daily trading of Solana increased in value from 80,000 to over 250,000 Solana.

NFT prices are still declining despite the rise in trading activity. This shows that because of the FTX episode, NFT traders were dumping their assets rather than retaining them. There are also theories that the surge was caused by users attempting to avoid the withdrawal freeze by buying NFTs and then recouping their investment by selling the NFTs.