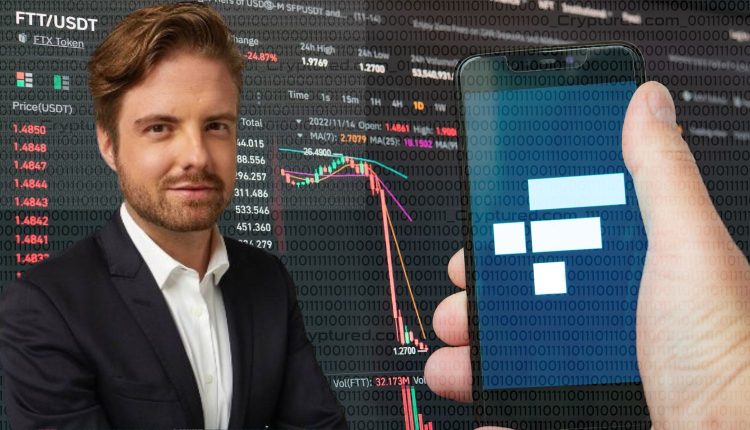 FTX Collapse is a Tragedy and Total Failure of Governance: CEO Blockchain.com.

Peter Smith, CEO Blockchain.com, has described FTX collapse as “a tragedy and total failure of governance”. He said it will not sink the crypto economy by any stretch. Smith feels the incident will only accelerate a trend back towards regulated crypto institutions and shift back towards individuals holding crypto assets on their own private keys.

The Blockchain executive explained that crypto is one of the very few assets in the world that one can custody themselves. Traders and investors will increasingly move back to that model, as well as to a model of trusting regulated companies in the crypto space. Smith said companies dependent on private funding should not face major hurdles in receiving money from investors. He believes the hype around FTX’s fall was mainly to do with the fact that it was recently valued at $32 billion but has now been marked to $0 by investors this week.

Smith pointed out that Sam Bankman-Fried’s FTX was not a market leader or key player in the crypto industry. The company was just popular with Silicon Valley-based groups. Smith was confused about its popularity and all the hype around it when the fact was that FTX had very low levels of governance. However, it will lead more investors to prioritize corporate structure in crypto from now onwards.

Gary Gensler, SEC Commissioner, says the American public needs to be careful and beware. He believes there is still a lot of non-compliance. The executive said when a company gives their token and they go down, traders and investors are just going to stand in line at a bankruptcy court and maybe take the token back and do all sorts of things without proper disclosure. He explained that if it’s one-to-one back, there’s really good disclosure and protection against fraud and manipulation because of securities laws.

FTX Opens Tron Credit Facility to Allow Some Users to Remove Some of Their Assets.