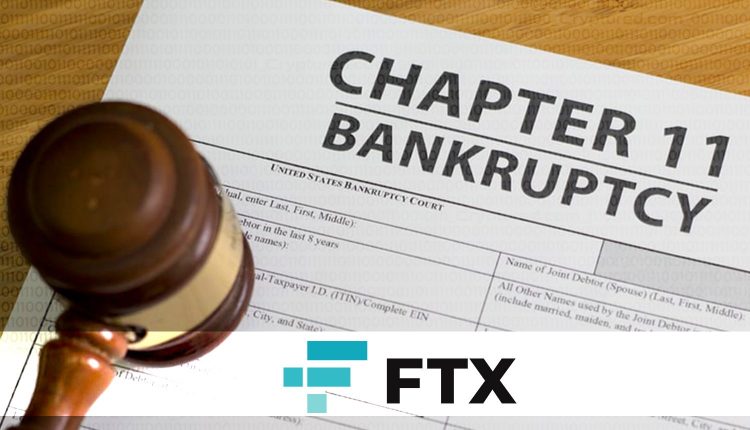 On Friday, FTX, one of the biggest cryptocurrency exchanges in the world, filed for Chapter 11 bankruptcy. The business and its formerly well-liked CEO went bankrupt in less than a week.

In the recent developments shared by the exchange platform on its official Twitter account, the bankruptcy proceeding will feature Alameda Research, the trading platform front-running for Sam Bankman-Fried as well as 130 affiliated companies.

The sudden change in FTX’s valuation, from $32 billion to bankruptcy in less than a week—has shocked investors worldwide. Sam Bankman-formal Fried’s departure as the company’s chief executive officer was followed by the filing of bankruptcy in the District of Delaware.

John J. Ray III has been appointed as the company’s new CEO, effective immediately, though Bankman-Fried has been asked to continue on to ensure a smooth transition going forward.

FTX has up to 100,000 creditors, according to the company’s document that contains bankruptcy details. The corporation claimed that its liabilities are also between $10 and $50 billion, as are its assets, accordingly. The bankruptcy petition, according to a statement from the new CEO John, is intended to aid investors in making the greatest possible financial recovery given the circumstances.

The demise of FTX, previously the second-largest exchange behind Binance, will likely remain a surprise to many stakeholders.

Some of the company’s core executives, the majority of whom have quit, have been found to find the operational management of the business to be a mystery. Sam Bankman-Fried reportedly sent nearly $4 billion to Alameda Research for the failed bailout of Voyager Digital, a decision he made without consulting his executives.

Anthony Scaramucci, a close friend of Bankman-Fried and an investor in FTX through his company, expressed his feeling of being taken advantage of. He claimed that because he and other investors were supporting the company at the time, the operational mishandling of finances was kept a secret.

Given that FTX’s US subsidiary recently won the bid for Voyager Digital’s assets, the exchange’s bankruptcy case has now cast doubt on BlockFi’s future as well as the future of creditors of the company.

Market Watch Nov 21: Crypto Market Kicks Off Another Week on a Low.