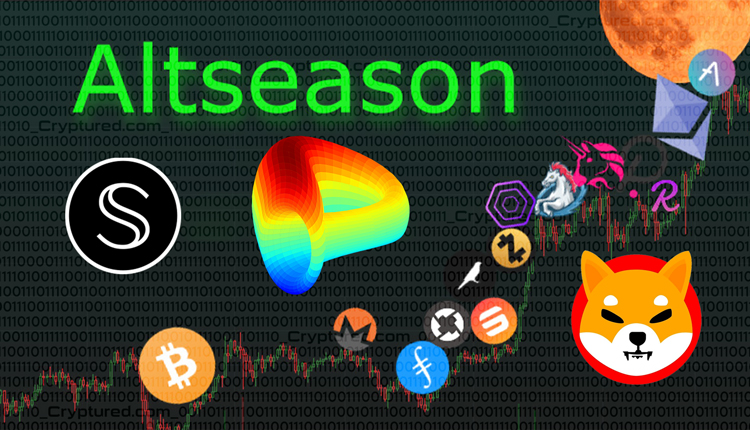 Gains in Secret, Curve, and Shiba Inu indicate that altseason is approaching

The altcoin market has off late witnessed a steady rise, prompting calls for an altseason. However, Bitcoin’s consolidation continues apace near the $62,000 support level.

Usually, any variations in altcoins are centered around a particular type of token, which could be meme coins or DeFi protocols. However, at present the market is seeing a rise across all sectors. This could be an indication that the altseason is heating up.

Secret, is a blockchain protocol powered by the SCRT token. It comes with data privacy built into it for smart contracts and decentralized applications. Secret has entered into a partnership with OpenSea for the launch of anonymous tokens. According to market data, conditions for SCRT are currently good. SCRT’s rise began on 22 Oct, and scaled a high of 79 on 24 Oct before rising to a record high of $9.66.

Meanwhile, Curve has also been expanding its ecosystem. It is a decentralized exchange. CRV is Curve’s native token. To maintain liquidity, it uses an automated market maker. CRV’s price rise is a result of the partnerships it has struck up on both layer-one and layer-two networks.

On the other hand, Shiba Inu initially started off as a meme coin. It has now grown to being an ecosystem with a decentralized exchange – Shiba Swap, and its own NFTs. SHIB’s price rise can be attributed to the launch of the Shiboshi social club. This club is meant only for Shiboshi NFT owners. Members of the community also enjoy other exclusive perks.