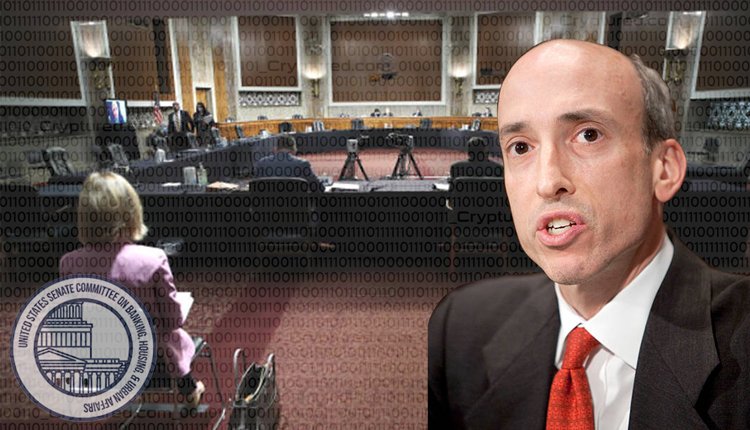 As shown in a report by CNBC, Gensler emphasized the magnitude of the challenge as modern digital assets engage in trade. While a section of senators was concerned that the SEC was suffocating innovators due to an absence of proper legal guidelines, others were concerned about the dangers presented by the unpredictable cryptocurrency market. Senator Mark Warner disagreed, stating Gensler could not go far enough in comparing the present crypto environment to the American Wild West. He further said that he would include another “wild” to the statement.

Furthermore, Gensler stated that cryptocurrency exchange platforms must contact the SEC, as the commission considers several of the assets traded on such exchanges to be securities. In his statement, Gensler discussed the difficulties of assessing more than 6,000 latest crypto assets with a team smaller than what it is usually. He talked about a slew of other critical concerns as well.

Among the key sources of worry was payments for order flow. It has been a practice under investigation by the SEC ever since June of this year. Payment for order flow can be called divisive because it might encourage market participants to exaggerate the rates they provide clients through digital brokerages. The gap between the value of shares they acquire on the exchange and the value at which it is sold to customers is how market makers generate money. Overly inflated prices widen the gap, bringing in more money to the market makers.