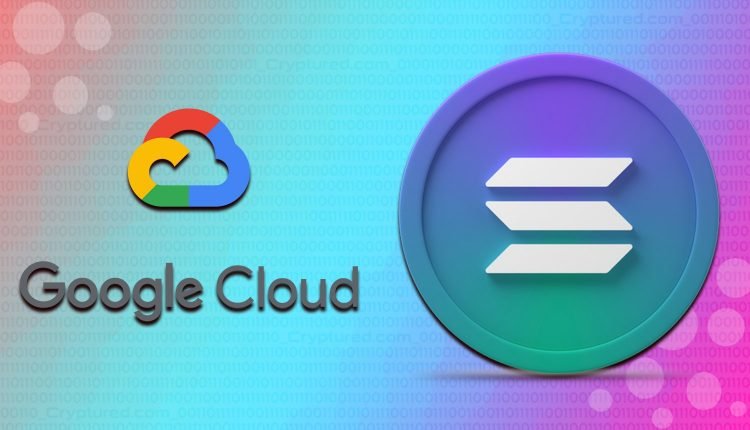 Solana(SOL) and Google Cloud have launched revolutionary cooperation. One of the biggest cloud service providers in the world will integrate Solana into its extensive offering of goods and services and join the Solana network. According to the business, it will be able to participate in and validate the Solana network by running a block-producing Solana validator.

According to Google Cloud, it is taking part in and validating the network by operating a block-producing Solana validator. According to the company, anyone will be able to establish a dedicated blockchain node in the cloud because Google Cloud is collaborating with the blockchain to offer Blockchain Node Engine to the chain next year. Anatoly Yakovenko, the co-founder of the blockchain project, was mentioned on the official Google Cloud Twitter account. This tweet stated, “Hey Anatoly Yakovenko, Should we tell our followers the big news?”

Additionally, Google Cloud will index Solana data and add it to BigQuery early in 2019 to facilitate faster access to historical data for the SOL developer ecosystem. The IT juggernaut revealed Google Cloud’s Blockchain Node Engine last week. The engine was created to aid Web 3.0 developers in creating and deploying fresh goods using the blockchain-based infrastructure.

Google appears to have already stepped up its efforts to run the SOL validator, in the meanwhile. Solana tech expert positions are now being filled by the Alphabet corporation. Web 3.0 experts with knowledge of DeFi protocol patterns are required for the position. The Ethereum blockchain will be the first supported by the Google Blockchain Node Engine. Facebook and Instagram introduced support for Solana NFTs earlier in the week.

The blockchain network relies on its permissionless feature to offer decentralized finance solutions (DeFi). In March 2020, the blockchain network was formally introduced. One of the top cryptocurrency projects to watch out for thanks to its proof-of-history consensus.

All Eyes on Crypto.com After FTX’s Collapse.