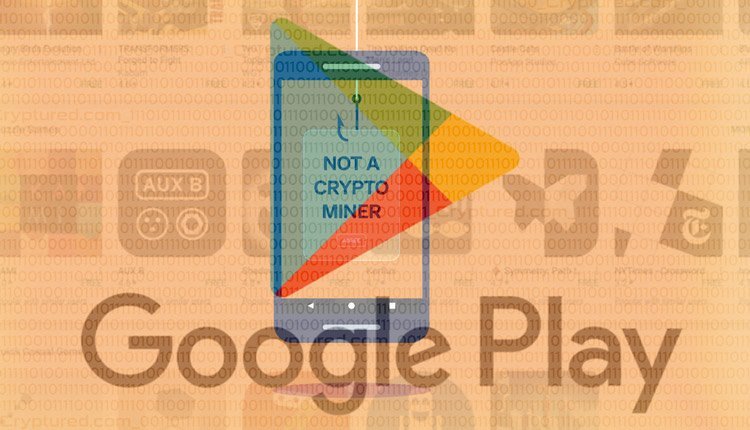 Google Play has removed as many as eight fraudulent crypto mining apps for deceiving users. Trend Micro, a security firm, found that these apps were deceptive as they coerced people into viewing ads. All these crypto apps were being portrayed as crypto cloud mining applications enabling users to earn virtual currencies.

Trend Micro, however, found that these cryptocurrencies were making users watch advertisements and paying $15(INR 1,100) on average as a monthly fee. The fee was being charged as subscription services, as well as, paying to enhance mining abilities without getting any kind of ROI.

The security firm also named all those 8 apps that Google Play removed. These are as follows:

A couple of these apps also required users to buy them from the Play Store for installing them. The strategy was introduced as users will ideally not distrust apps that have to be paid for in order to install. For instance, the payment for installing Daily Bitcoin Rewards is around $5.99 or INR 450. On the other hand, users have to pay $12.99 or around INR 960 to install Crypto Holic.

Trend Micro feels that these deceiving apps did not exhibit digital currency mining behavior. These apps are believed to have conducted fraudulent mining activity through a mining simulation function. The module has some other random functions and a counter.