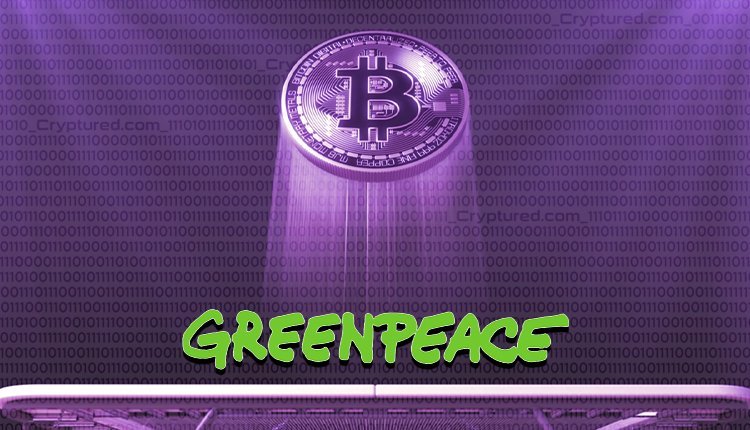 Greenpeace steps up attack against Bitcoin with $1 million ad campaign.

Greenpeace and the Environmental Working Group stepped up the attack against Bitcoin’s proof-of-work (PoW) consensus mechanism with a $1 million ad campaign. The environmentalists are pressurizing the popular cryptocurrency to either meet or beat Ethereum’s environmental performance. The second-most popular cryptocurrency has successfully shifted to proof-of-stake (PoS) protocol, dramatically cutting its climate pollution.

The campaign – Change the Code, Not the Climate – will boost its efforts with $1 million in new online advertisements. Moreover, Greenpeace launched a petition calling on Fidelity Investments to push Bitcoin to follow Ethereum’s move in switching to an energy-saving protocol that dramatically reduces the cryptocurrency’s contribution to the climate crisis.

Michael Brune, director of the “Change the Code, Not the Climate” campaign, outlined that with fires raging around the world and historic floods destroying lives and livelihoods, state and federal leaders, and corporate executives are racing to decarbonize as quickly as possible. He believes Ethereum has shown that it’s possible to switch to an energy-efficient consensus mechanism with far less climate, air, and water pollution. Brune said other cryptocurrency protocols have operated on efficient consensus mechanisms for years, and Bitcoin has become the outlier. It has defiantly refused to accept its climate responsibility.

The Change the Code, Not the Climate campaign which was launched in March is urging the biggest corporate partners and institutional investors such as PayPal, Fidelity Investments, and Jack Dorsey’s Block to help push Bitcoin away from the PoW protocol.

Ken Cook, president of the Environmental Working Group, said Ethereum has proven that it’s possible to take the leap and change its protocol to a less electricity-intensive method by switching to PoS. He said it’s time Bitcoin and its biggest investors take similar steps to reduce its heavy reliance on dirty electric grids and cheap fossil fuel energy sources. Rolf Skar, special project manager at Greenpeace USA, believes there is a climate crisis and everyone has a responsibility to act. He said companies promoting and profiting from Bitcoin have a responsibility to be a part of building a better, climate-friendly Bitcoin.