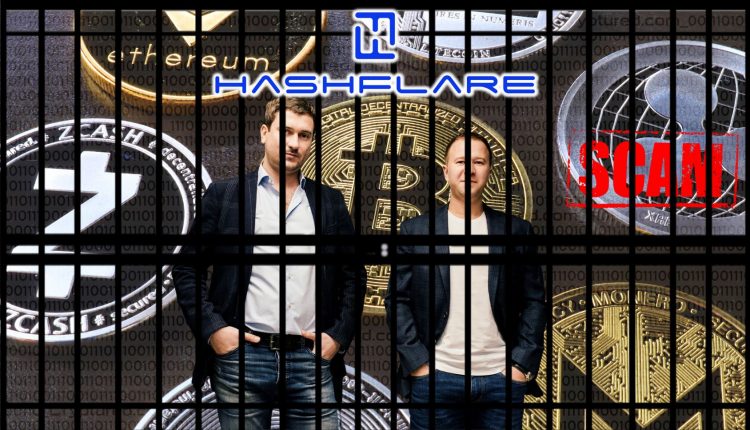 The founders of the now defunct Bitcoin cloud miner HashFlare have been arrested in Estonia over a $575 million crypto fraud conspiracy. Established in 2015, HashFlare allowed customers to lease the company’s hashing power to mine cryptocurrencies and gain a share of its profits.

The cloud mining company, run by Sergei Potapenko and Ivan Turogin, was regarded as one of the leading names in the business at that time. But in 2018, it shut down a large portion of its mining operations. The entire mining operation, as per the U.S Department of Justice, was part of a multi-faceted scheme that defrauded hundreds of thousands of victims. HashFlare allegedly convinced victims to enter into fraudulent equipment rental contracts and persuaded others to invest in a fake virtual currency bank called Polybius Bank.

Potapenko and Turogin are accused of conspiring to launder their criminal proceeds through 75 properties, six luxury vehicles, crypto wallets, and thousands of cryptocurrency mining machines. Nick Brown, the U.S attorney for the Western District of Washington, called the size and scope of the alleged scheme truly astounding. He said the founders (defendants) capitalized on both the allure of cryptocurrency and the mystery surrounding cryptocurrency mining, to commit an enormous Ponzi scheme.

Potapenko and Turogin claimed HashFlare was a massive crypto mining operation. But it has surfaced that the company was mining at a rate of less than 1% of what it claimed and was paying out withdrawals by purchasing Bitcoin from third parties, than gains from mining operations.