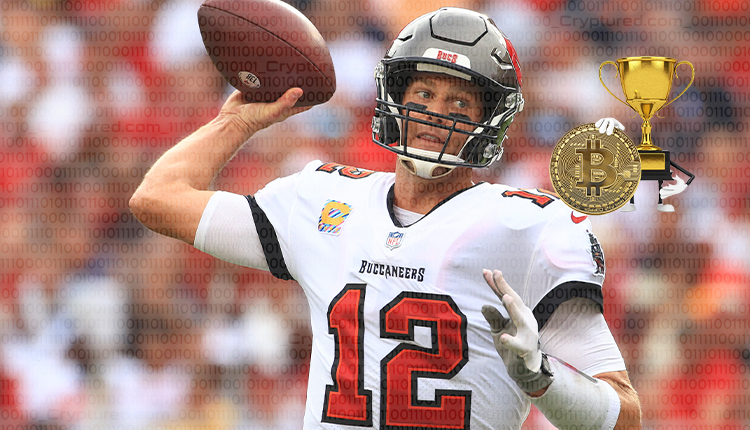 Tom Brady, quarterback of the Tampa Bay Buccaneers threw his 600th career touchdown pass. This occurred in the Buccaneers versus Chicago Bears game. Brady is the first and, thus far, only player in NFL history to have achieved 600 touchdown passes.

Evans, the receiver, did not realize the significance of the ball and handed it to a fan, Byron Kennedy. Ken Goldin, founder of Golden auctions, a company that auctions sports memorabilia believes that the ball might be worth $500,000 to $900,000.

Initially, Kennedy agreed to give the ball away in exchange for a meet and greet with Brady. Later, Brady clarified that the fan had in fact been offered 1 Bitcoin(BTC) in exchange. This is roughly equivalent to $62,081.

Brady revealed that it took extensive discussions to get the ball back. Kennedy realized that he had lost his bargaining power when he gave away the ball. Brady highlighted that with the Bitcoin – Kennedy had received a fair deal.

In addition to the Bitcoin, Kennedy will also receive two signed team jerseys, a helmet autographed by Tom Brady, season tickets for the rest of the year and for 2022. Kennedy will also get the cleats worn during the game by Evans, and also a jersey signed by Evans. On top of this Kennedy will get a $1000 credit for purchases at the team’s store.

Experts however feel, that even considering that the value of the BTC is set to appreciate, Kennedy got an unequal deal for the ball. Some felt that Kennedy should have asked for season tickets for life.

Among professional athletes, Brady is among the few who are crypto-friendly. Brady launched -Autograph, his NFT platform. On this platform Brady plans to auction his 600th touchdown ball as an NFT. Brady has already received tokens for an endorsement deal with crypto exchange FTX.

Trading Platform CryptoBiz Exchange Was Spotted at the CED2021