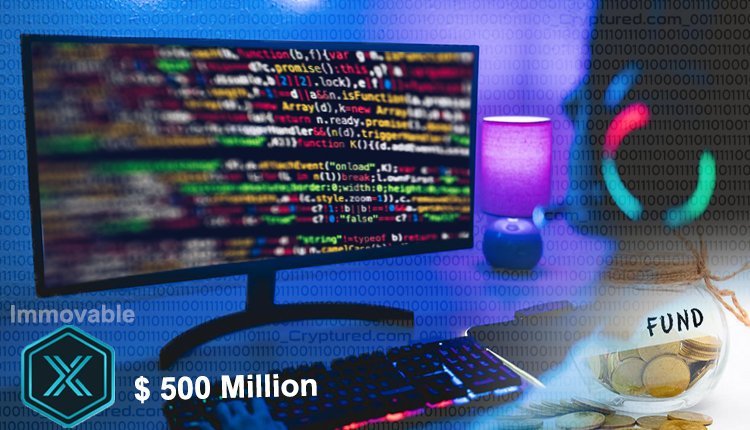 Immutable has introduced a $500 million fund to boost develop the adoption of the platform. It will provide grants to projects that build on Immutable X using a mix of IMX tokens and cash in collaboration with an array of VC funds and ecosystem allies.

Robbie Ferguson, the co-founder of Immutable, said they will target NFT projects that are committed to growing the digital ecosystem. He highlighted that they have just begun to scratch the surface of the massive potential of this category.

Immutable X is very much suitable for applications that require a large number of transactions, including low-value purchases, like crypto-powered games and NFT projects. One renowned firm that pops up is GameStop. Its upcoming NFT gaming marketplace will use Immutable X. Both companies announced a $100 million token grant fund, back in February, for crypto game developers. A spokesperson for Immutable X highlighted that the previous $100 million fund with GameStop is separate from the new Immutable Ventures fund.

Rising demand for crypto payment solutions, up more than 40% since 2021.

Stablecoins are a potential risk to financial stability: Report.