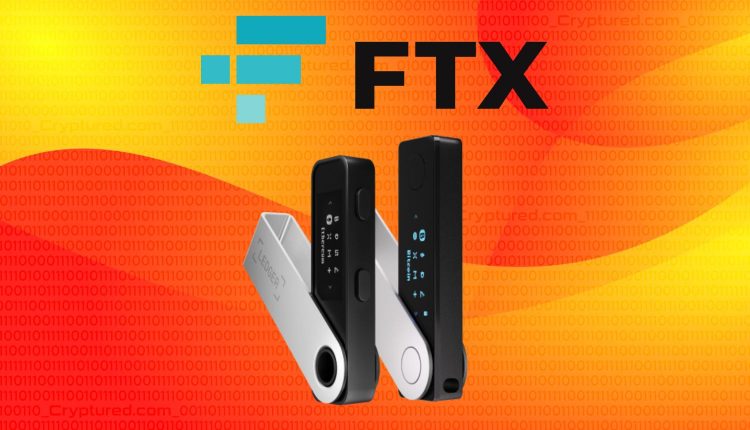 According to the chief technical officer, huge outflows from crypto exchanges during the FTX carnage have caused some issues for hardware-based cryptocurrency wallet provider Ledger.

Ledger CTO Charles Guillemet posted a statement on Twitter on November 9 stating that the company’s platforms have seen “mass use” and “a few scaling difficulties.”

Guillemet analyzed Ledger’s problems using the results of the ongoing crisis at FTX, a significant international cryptocurrency exchange. The CTO said that more and more cryptocurrency traders are moving their assets from crypto exchanges to Ledger, saying:

There has been a significant shift away from exchanges to Ledger security and self-sovereignty solutions following the FTX earthquake. Guillemet claims that as of 5:30 am UTC, Ledger should have fixed the issues.

Ledger stated via a tweet that “specific challenges may differ, including connecting to the My Ledger page and carrying out a Genuine Check,” stressing that the client’s assets remained secure.

After identifying the issue, the hard wallet business announced on Twitter that it had resolved the server outage in approximately an hour. Ledger said, “Our server outage has been resolved, and all systems are operating.” He said that this was true for their server outage as well.

The disruptions prevented some customers from sending any transactions using Ledger Live, including withdrawals, according to Ledger’s Twitter thread.

Although many remained optimistic about Ledger’s operations despite the bigger market problems, the crypto community was quick to respond to the problems. Ledger came under fire from some industry watchers for using incorrect language to address their clients in the midst of FTX’s continuous concerns. Ledger’s claim that “assets are safe” offended some, as FTX creator Sam Bankman-Fried made a similar claim on Twitter on November 7 before deleting it the next day.

Recent difficulties with Ledger Live coincided with one of its “biggest traffic days ever,” according to Ledger’s CTO, who spoke to the media. He added, “Traffic has increased dramatically over time, even without major industry events,” and that Ledger has previously had significant traffic increases during the FTX bank run, the Solana(SOL) breach, and the Celsius bankruptcy.