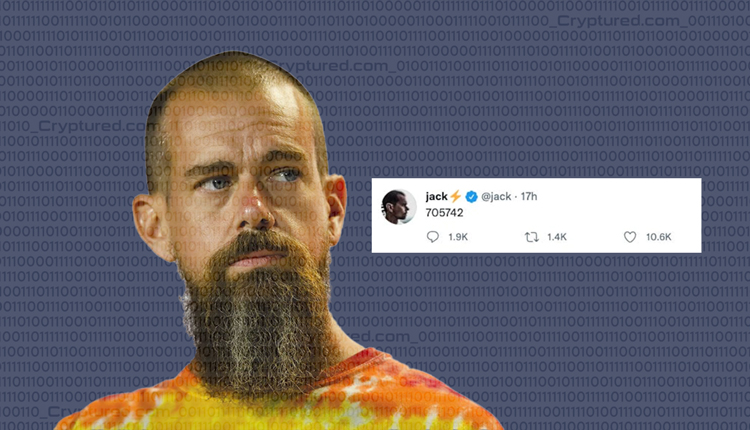 Jack Dorsey has been a vocal supporter of cryptocurrency for a long time now. The Twitter founder is known for making comments and predictions about cryptocurrency in his tweeter feed. However, this time it seems that Dorsey has purposely left a riddle for his tweeter followers to untangle. On Tuesday, he tweeted a string of 6 digits – 705742. He did not add anything before or after to elucidate what he meant. Ever since the tweet became viral, fans of cryptocurrency around the world are trying to figure out what it means.

Most of Dorsey’s followers did not take the tweet as casual banter. Jack Dorsey is known as a person who would not tweet something just to get attention. That has left crypto enthusiasts both expectant and perplexed. While one user tweeted asking if it was a ‘block number’, others have made a wild range of speculations.

The most confusing part of the entire scenario is the absolute zero response from Dorsey himself. While some users believe it is Dorsey’s Bitcoin price prediction, others are looking for some even deeper significance. Whatever it is, there is no way to find out until Dorsey himself opens up about it.

Jack Dorsey is a long-time proponent of cryptocurrency. He has spoken out on public platforms in support of cryptocurrency. His company Tweeter is also known as the most crypto-friendly social media network. Twitter even allows fans to reward their favorite content creators through crypto. For now, the mystery remains unsolved and that does not seem to be changing any time soon.