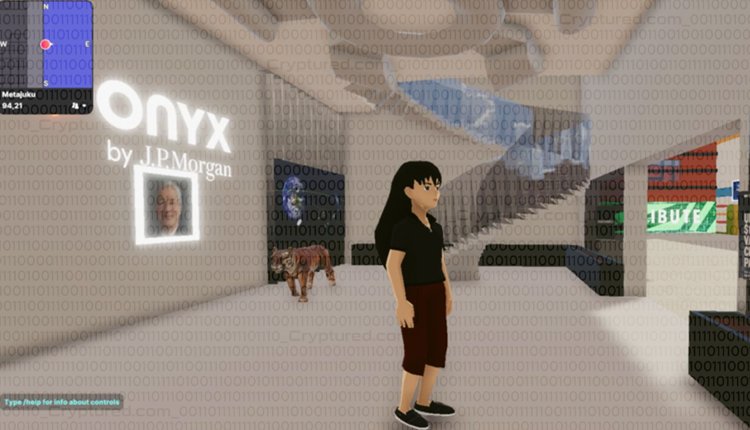 JP Morgan, the largest bank in the US, has leaped into the metaverse by opening a virtual lounge in Decentraland. In the Onyx Lounge, a digital portrait of Jamie Dimon, the CEO, can be seen. There’s also a tiger lurking around. The Onyx Lounge, located in Decentraland’s Metajuku mall, has been named after JP Morgan’s in-house blockchain payments system.

Moreover, the bank wants to play a greater role in the metaverse to help tackle issues like account validation, transaction status, and fraud prevention. It wants to play a similar role to what it does with its real-world clients. JP Morgan wants to serve content creators who plan on commercializing their creations within the metaverse. It wants to help irrespective of lending money to finance them or establishing virtual wallets to collect commission.

The Onyx lounge will help JP Morgan explore its role in the digital world. It has also identified Web3 to monetize its work. The report highlighted that a democratic ownership economy added to the possibility of interoperability could unlock immense economic opportunities. As such, digital goods and services are no longer captive to a singular gaming platform or brand.

Furthermore, the JP Morgan report pointed out that community building, self-expression, and commerce, key areas need to be developed and matured.

Russia wants to tax the crypto economy for $13 billion.

Counterfeit NFTs result in the suspension of the market