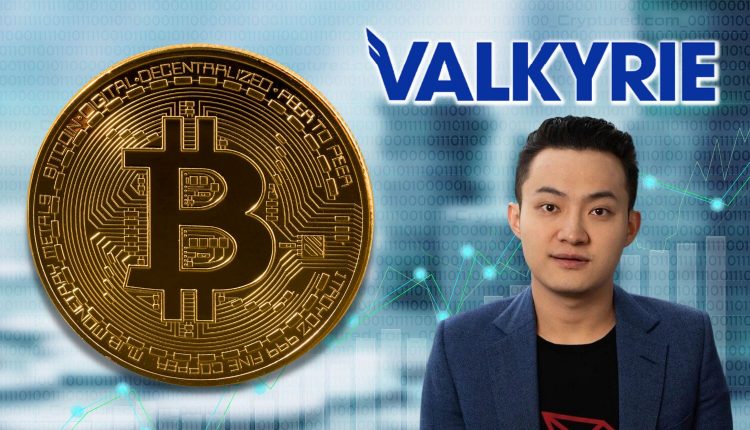 Crypto mogul Justin Sun, the founder of Tron, has kept his Bitcoin wealth worth more than $580 million stored in Valkyrie Investments. This amounts to over 90% of money at Valkyrie Digital Assets LLC.

This means the money manager that pitches crypto products to Wall Street investors mainly relied on Sun, who had once said that he is Valkyrie’s biggest shareholders. Critics of the industry highlighted this as another example of centralization in crypto. The sector has emerged in a bad light because of whales carrying outsize clout in spite of its decentralized ideals. Reports state that Sun’s investment or relationship with Valkyrie befitted Tron. The money manager built investment products for Sun’s tokens like Tron’s TRX and BitTorrent BTT that other crypto asset managers avoid.

It outlined Tron using the blockchain network’s developers’ own marketing materials and sharing the spotlight on the Wall Street. Ever since Terra stablecoin’s collapse and FTX’s fall, eyes have turned to more crypto firms including Binance and now Tron. Sun’s investment raises questions about Valkyrie’s reliance on a single client for growth. And there is more uncertainty around it as Tron, an algorithmic stablecoin has a similar setup as the crashed UST/LUNA stablecoin.

AIBC 2023 to Take Innovation and Technological Advancement to Greater Heights.