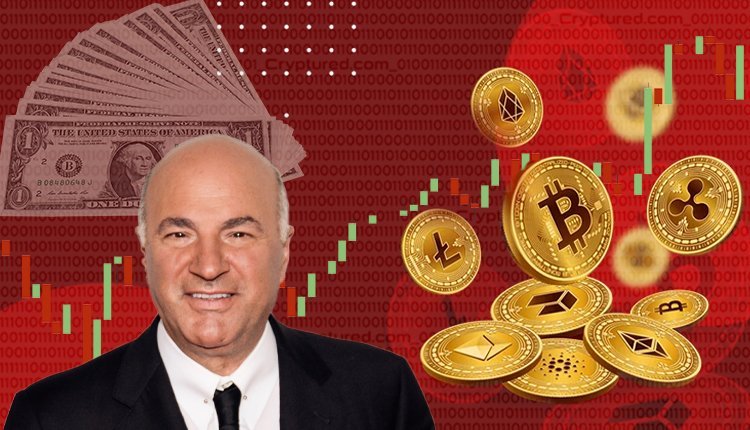 Kevin O’Leary, of Shark Tank fame, believes Bitcoin mining will save the world and trillions of dollars will flow into cryptocurrencies. The entrepreneur said massive pools of capital, the trillion-dollar pools, are waiting for policy. He highlighted that they currently own zero or very little crypto.

O’Leary says it’s the survey of high net worth individuals, hedge funds, and retail investors. The Canadian businessman, nicknamed Mr Wonderful, pointed out that the only thing missing is policy. Speaking at the Bitcoin 2022 Conference on Thursday, O’Leary said policy and regulation are not a negative thing. Those who can invest now are going to get ahead of what’s going to be a huge wave of interest when policy happens. He predicted that in the next 10-years, crypto, blockchain, and Bitcoin – all these innovations – will be the 12th sector of the S&P.

In regards to Bitcoin mining, O’Leary said the next generation of Bitcoin miners has begun working with energy that does not require carbon, that is, hydroelectricity, wind, and solar power, as well as a nuclear power. He outlined that the enthusiasm to produce Bitcoin is so economic in value that it will fund the next generation of machines and turbines. O’Leary pointed out that 90% of dams built in the US in the last hundred years wanted hydroelectricity but never installed the turbines.

Mr Wonder says installing turbines is “great economics”. It can be used and not be pulled out by a carbon audit. The turbines will provide for communities and the extra power as well. He sees this as the future of Bitcoin mining.