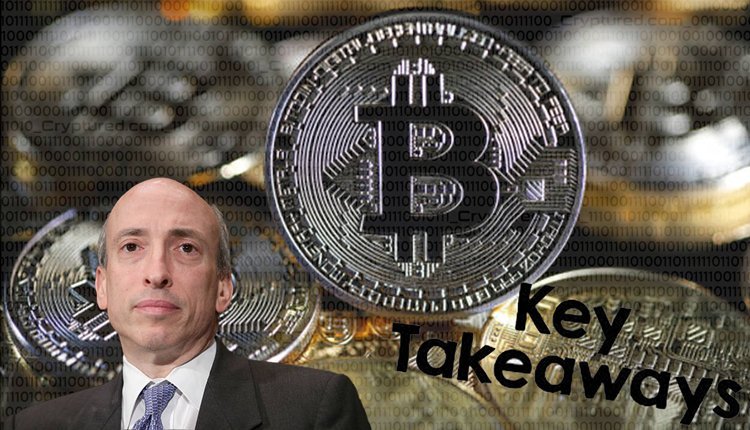 Gary Gensler, the chairperson of the United States Securities and Exchange Council, is making headlines for his latest comments on crypto. It does not come as a surprise to veteran crypto investors that Gensler has always been in favor of imposing regulations over crypto transactions. His latest observations and comments come from a House Financial Services Committee testimony. During the hearing, 19 members of the team asked Gensler about different crypto-related issues.

From what Gensler said, a few key points stir up the most excitement and fear among crypto enthusiasts. When asked about his self-contradictory statement on crypto, Gensler answered that the SEC needs more authority in terms of defining financial assets. The discussions revealed a tension between SEC and CFTC over who has authority over crypto. Gensler, however, was unequivocal in his view that there isn’t any need for a separate body to oversee crypto spaces.

In other demands, Gensler asked for additional funding for the SEC, claiming that the SEC has shrunk by 4-5%. In a reiteration of his previous claims, Gensler stuck to his opinion that cryptocurrencies qualify as securities under existing laws. When asked what it would require for cryptocurrencies to be legally seen as currency or commodity, Gensler refused to comment. In conclusion of his testimony, he stuck to what he had said previously. He urged cryptocurrency exchanges to register with the SEC, as he had done numerous times. Any possibility of banning crypto was ruled out by Gensler, stating that only Congress has the authority to do that.

As institutions scramble to meet cryptocurrency demand, the US Bank has launched a bitcoin custody service