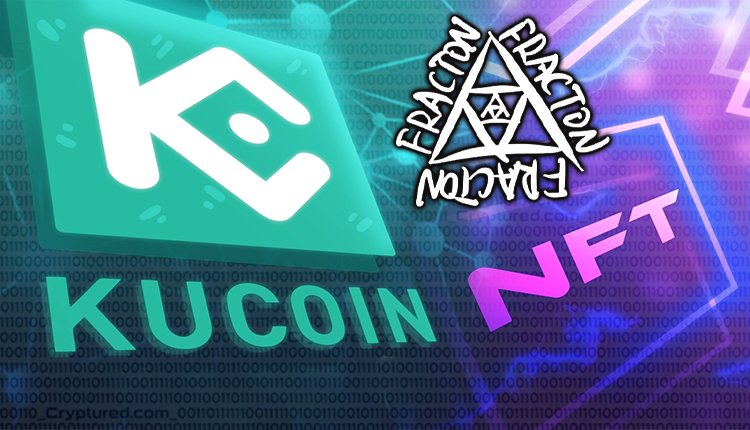 KuCoin partners with Fracton Protocol to expand adoption of NFTs.

KuCoin has teamed up with Fracton Protocol, an NFT liquidity infrastructure, to expand the adoption of non-fungible tokens. The latter wants to harness its collaboration with Kucoin to emerge as a popular NFT trading platform for retail subscribers.

KuCoin and Fracton Protocol’s collaboration will help address liquidity issues within the NFTspace. It will bring about a competitive edge for Fracton against the virtual marketplaces promoting only wholesome trading of NFTs. This partnership will expand engagements from the general public, NFT enthusiasts, collectors, and traders.

NFT’s indivisible feature has over time continued to restrict its adoption. Although this space has grown rapidly amassing a volume of about $20 billion, its indivisibility and expensive nature have overtly discouraged the participation of small investors. It’s way too expensive. The cheapest among the NFT collections, such as in Yuga Labs Bored Aped Yacht Club (BAYC) sells for 93ETH, and some NFT collections in Ethereum have floor prices above $1,500. Kucoin and Fracton Protocol partnership will widen the accessibility of these tokens. Fracton Protocol supports tokenization of BAYC and PUNKS collections, with Kucoin, it will extend into other NFT projects.

KuCoin has been raising investment funds through its collaboration with numerous crypto ventures. Recently, it secured a strategic contract from Susquehanna International Group for blockchain integration and KCS & KCC ecosystem building. It will use funds to boost its platform infrastructure and wants to improve its product lineup and organize the next bull run. KuCoin will further finance its global expansion and hiring agendas.

US: Miami partners with TIME, Mastercard and Salesforce for 5,000 Ethereum NFTs.

Lack of crypto experts is a major concern for the EU.