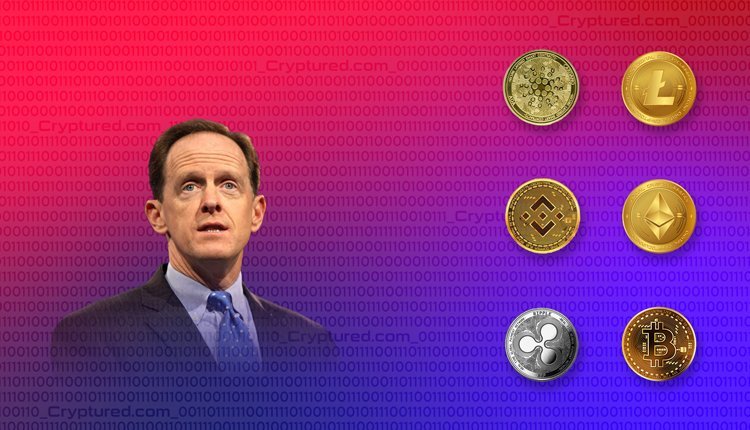 Lack of guidance surrounds cryptocurrency in the US: Senator Toomey

The US Senate Banking Committee ranking member Toomey once again raised concerns about the lack of responses and public guidance for cryptocurrencies. In September, Toomey had highlighted the Securities and Enforcement Commission’s (SEC) regulation-by-enforcement approach to cryptocurrencies. He had followed it up by requesting SEC Chairman Gary Gensler for detailed answers on the regulation of cryptocurrencies for greater clarity.

“In an effort to obtain that additional guidance, attached are questions for the record for the recent hearing,” the Senator had written to Gensler. “Many of them would give industry clarity on developing promising technologies within the confines of existing laws and regulations. Please provide detailed answers so that innovators have the guidance they need to ensure domestic investment and innovation in these technologies.”

In his response, Gensler highlighted the lack of regulatory oversight of Bitcoin and the associated risks of fraud and manipulation. “The markets for actual bitcoin itself today are largely unregulated. This lack of regulatory oversight and surveillance leads to concerns about the potential for fraud and manipulation. Congress could bring the bitcoin markets under the US regulatory umbrella, which could be helpful in our consideration of bitcoin ETFs.”

Toomey believes that for investors to benefit from a fair and competitive marketplace, federal agencies should answer questions about how and where emerging technologies, like bitcoin and blockchain, come into regulations. “Chairman Gensler’s failure to provide clear rules of the road of cryptocurrencies underscores the need for Congress to act.”

The Senator had supported the US government’s plans to launch a central bank digital currency (CBDC). Toomey was also behind the August bipartisan effort to amend some provisions in the recently passed infrastructure bill which impacted the cryptocurrency sector.

Moreover, heads of major cryptocurrency companies, including Coinbase’s Alesia Haas, are expected to testify before a US congressional committee on December 8. Lawmakers in the US are not so friendly towards cryptocurrencies. The former US President Donald Trump had labeled cryptocurrencies as “a scam”.