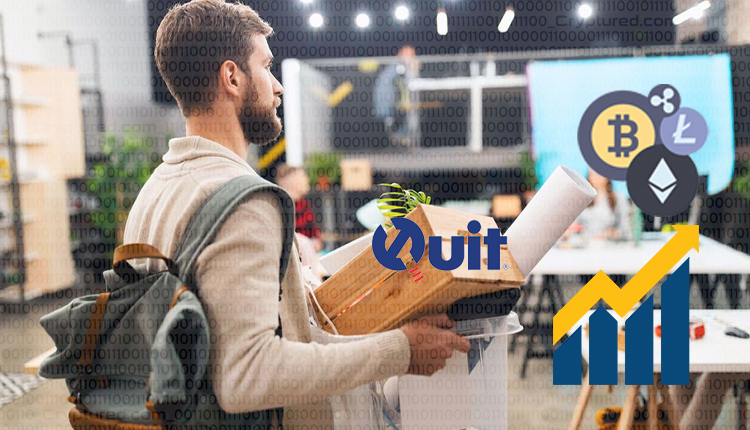 According to a survey, lower-paid workers are quitting their employment as a result of cryptocurrency profits

As crypto is bringing financial freedom to the lives of many, low-paying workers are increasingly quitting their exploitative jobs. It is so because having a solid financial backup in the form of cryptocurrency is allowing them to take the risk and move forward to better things. A recent survey by Analytics firm Civic Science found that many low-payed workers are not interested in their old jobs after making a fortune in crypto. Most of these people had an annual income of less than $50,000. They can afford to quit their jobs because of the stellar growth in the price of Bitcoin, and other coins.

It presents before us an interesting phenomenon, that of worker dissatisfaction, and financial freedom. It also raises another question – as the world becomes financially free, will everyone stop working? In short, if there is no scarcity. Will the world stop being productive?

The survey poses some speculative questions, none of which have any immediate implications. However., these questions will need an answer in the long run. It might happen that these workers come back to their jobs once the value of bitcoin falls. They might even be bad at money management, which will make them squander their wealth. The possibilities are endless, and nothing can be said for certain until sufficient time has passed.

Diwali 2021: Should you invest in Bitcoin or gold?