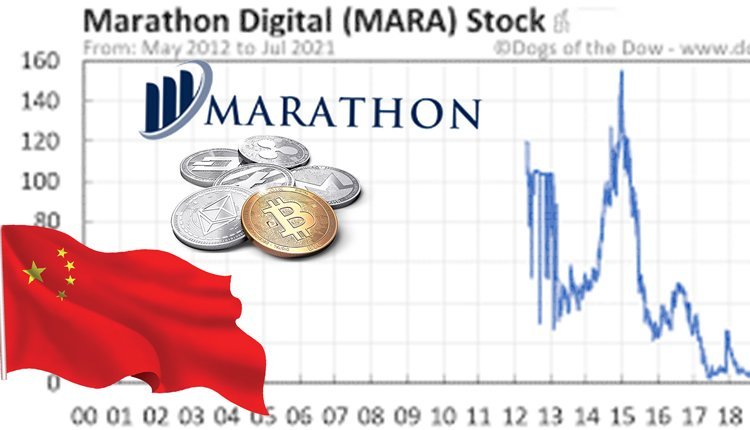 Is MARA Stock a Buy Now That China Has Banned Cryptocurrencies? Here’s a look at the Marathon Digital Stock Chart

As Bitcoin prices have been fluctuating, MARA also known as Marathon Digital Holdings, has been volatile as well. A digital asset tech company, Marathon is a company that mines cryptocurrencies, and deals in the generation of digital assets.

The company started out by collecting encryption patents in 2010, under the name Marathon Patents Group. By 2013, MARA stock had started to trade. On March 1st of the same year, the company changed its name to Marathon Digital Holdings.

MARA stock is considered a risky investment, owing to how volatile it is. The May 20th news on crypto regulations in the US had already sent the price of cryptocurrencies like Bitcoin, down.

Over the previous months, MARA stock had been trading well, at around 24%. Within the same period of time, the price of Bitcoin went down by 11%. This shows that MARA stocks have performed well and that the stock is surprisingly resilient.

Panic selling, as caused by the China crypto ban, provides investors with a great long-term opportunity. MARA stock had both risen and fallen over the past few weeks. This provides various opportunities for accumulation, thanks to multiple catalysts of growth.

The China crypto ban has come as good news for MARA. China accounted for nearly 65% of the global Bitcoin hash rate. After the ban, MARA benefitted by being one of the key contributors of Bitcoin hash rate, mining more in return

Bitcoin’s price plummeted to $5,400 due to a network outage.