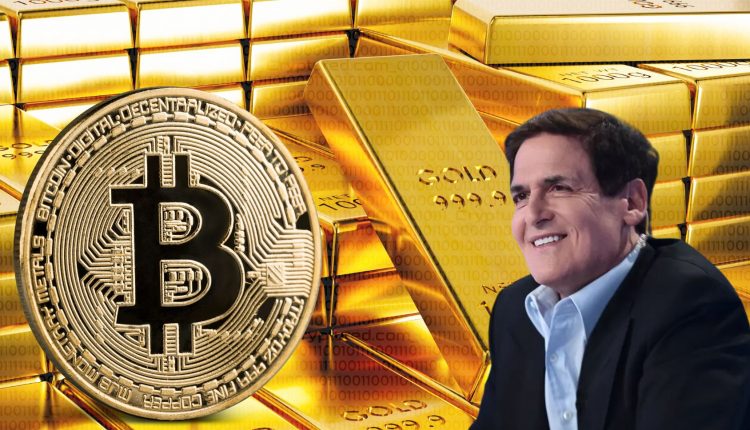 Billionaire Mark Cuban prefers digital assets over gold and has a love for Bitcoin, Ethereum, and Dogecoin. The tech entrepreneur is still quite bullish on Bitcoin despite the ongoing slump in the crypto market. Cuban wants the BTC price to continue dropping so that he can purchase more of the cryptocurrency.

The Shark Tank host described gold as a store of value and highlighted Bitcoin to be the same. Cuban said robbers and thieves can beat a person to death for a gold bar and take it, stating it to be useless. He shared that owning gold is just like owning a digital transaction, but he prefers to invest in Bitcoin.

At the time of writing this article, Bitcoin was up 0.08% and trading at $16,883, over 75% lower than the all-time high of 2021’s $69,044. But the precious metals gold and silver have fared well in 2022 as investments compared to cryptocurrencies and have held onto their value.

When pointed out that Bitcoin is not backed by anything, Cuban argued that holding shares in 90% of companies was also pointless. Once upon a time, the tech entrepreneur was a crypto critic, but now his NBA team Dallas Mavericks accepts cryptocurrency for tickets and merchandise. It went on to emerge as the first basketball team in 2021 to accept Dogecoin.

Fidelity Investments Files for Trademark for Web3 Products and Services.

The Most Googled Cryptocurrencies for 2022.