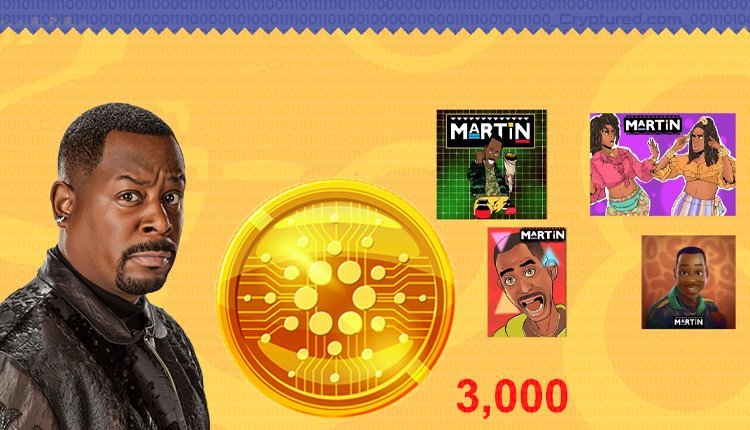 An American actor and comedian, Martin Lawrence, revealed on June 11 (Saturday) that he sold his first NFT from the NFT collection called “Martin: The Reunion” for three thousand ADA tokens.

Earlier on June 7, the comedian had revealed that he was about to release an NFT collection powered by Cardano comprising thirty unique pieces. Lawrence was in a conversation with the CEO and Founder of NFT MAKER called Patrick Tobler and the CEO and Co-Founder of IO Global called Charles Hoskinson on Twitter Spaces. Incidentally, IO Global is responsible for the research and development of Cardano.

Just three days later, on June 10, the comedian shared that his NFT collection “Martin: The Reunion” was offered for sale on www.martincnft.com, his website. He added that the new holders of these thirty non-fungible tokens can attend “Martin: The Reunion’s” Hollywood premiere on June 15”. It is will air on BET or Black Entertainment Television on January 16, next year.

Accomplished artists from Warner Brothers to Disney have designed these coveted 30 NFTs. All of them are famous artists from the non-fungible token space. His website also announced the exact location and time of the upcoming premiere party in Los Angeles will be shared with the holders on Tuesday 14th June. They are planning to make the announcement through an AirDrop message to their wallets. The new holders of the non-fungible tokens will also get an opportunity to spend some time with him on that day.

How and When The Actor Entered Into the World of Crypto?