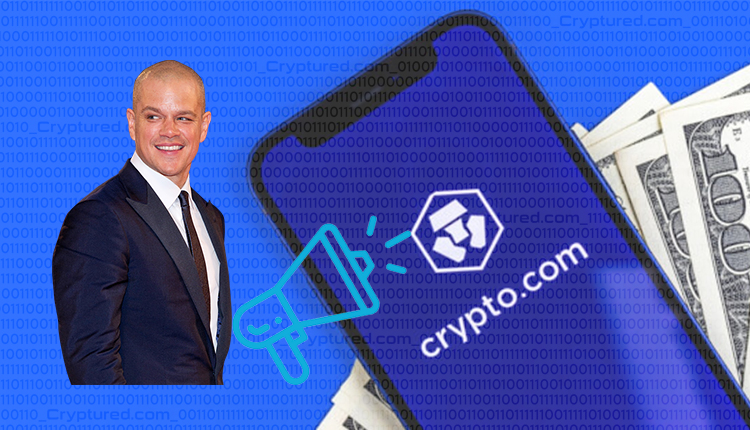 Matt Damon to Promote Crypto.com in a New Ad

According to online news reports, Oscar-winner actor Matt Damon will be starring in a new ad campaign for the famous cryptocurrency app crypto.com. The global ad campaign will be on the theme of ‘Fortune Favours the Brave’ and it will start airing in the United States from 28 October. The commercial has been directed by Wally Pfister.

In this 60 second ad, Matt Damon gives the viewers an overview of the many women and men who have made a difference in the world through history because of their bravery. Through this journey, he aims to inspire the viewers to become their bravest selves. With the ad campaign, crypto.com is planning to introduce the platform to the world formally. It is also aimed at accelerating the transition to cryptocurrency. The ad will be initially launched on television on 28 October, during Fox Sports’ ‘Thursday Night Football’. After that, the company plans to run the commercial in more than 20 different countries.

With this news, Matt Damon joins the list of other celebrities who have supported the crypto market in the past. They consist of Tom Brady, Kim Kardashian, and Stephen Curry. In a recent interview, the CEO of crypto.com, Kris Marszalek, said that this ad campaign is important as it coincides with the mainstream adoption of crypto. The company, which was founded in 2016, has been working on advancing the use of cryptocurrencies ever since its inception. With this commercial, the company aims to introduce crypto.com to audiences all over the world and invite them to join the platform. The main mantra of the company focuses on self-determination and financial independence.