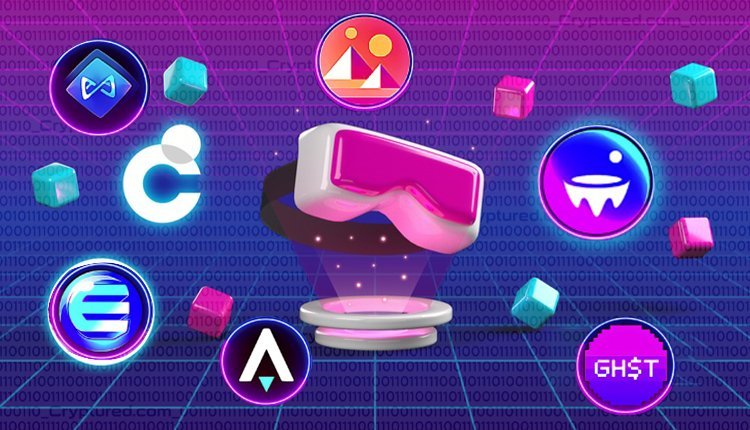 Metaverse tokens have outperformed their counterparts by nearly 400% year-on-year. The tokens which have made tremendous gains, as per data from Kraken Intelligence and Coin Gecko, are Decentraland (MANA) 41%; Sandbox (SAND) 470%; Axie Infinity (AXS) 511%; and STEPN (GMT) 746%. These tokens can be used for buying land, paying fees, and voting in governance.

Kraken Exchanged highlighted that the NFT boom of 2021 has drawn mainstream attention to digital art investments, and has popularized the crypto metaverse. Exchange tokens, the next highest category for yoy gains, recorded a 6% increase. Other categories saw negative price action, ranging from -13% for Bitcoin to -72% for DeFi, in the same period. Meme coins saw a whopping drop of -62%.

The report noted that Blockchain-based gaming using NFTs and Metaverse platforms remains very much popular. The slump in prices across the crypto market has not affected the users. In fact, usership among the games has remained consistent. According to data from the decentralized app – DappRadar, blockchain-based gaming sees one million users per day. But the month of May recorded a flat daily usership and NFT volume dropped with daily volume slipping -87.1%. The report stated that Metaverse and exchange tokens saw negative returns over the past 30-days and 90-days. The worst losers were Metaverse tokens as it declined 42% over the past 30-days. By far, it had the highest volatility at 173%.

$2.5 billion was raised, as per DApp Radar’s Q1 games report, in support of blockchain games and Metaverse projects in the first quarter of 2022. Investors supported games because 52% of all blockchain activity comes from game DApps. The report said that play-to-earn and Metaverse-related projects will add $10 billion this year to build the future of the industry.

With Game Show-Inspired Spots, the SEC Goes After Crypto Investing.