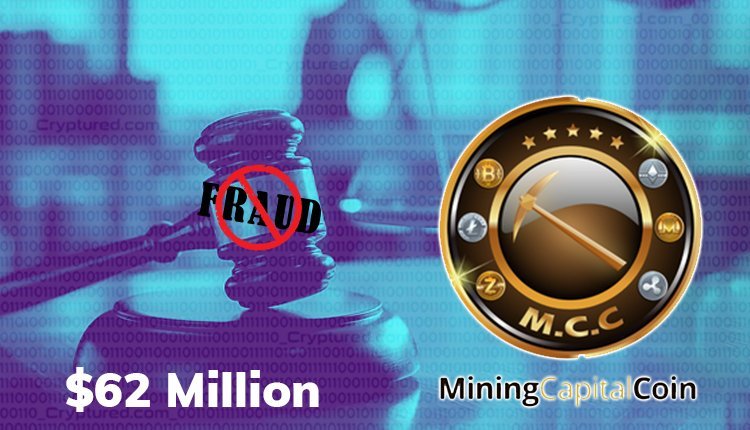 Luiz Capuci Jr., the CEO, and Co-founder of a crypto mining and investment platform -Mining Capital Coin (MCC), has been indicted by the Department of Justice for $62 million. The DOJ has alleged Capuci of conspiracy to commit wire fraud, conspiracy to commit securities fraud, and conspiracy to commit international money laundering. This is in relation to several allegedly fraudulent schemes that were run through MCC.

Moreover, Capuci is also accused of marketing the dubious MCC trading bots with new technology never seen before. This new technology is touted to conduct thousands of trades per second and generate daily returns for investors. The indictment said Capuci allegedly operated an investment fraud scheme with the Trading Bots. He was not using it to generate income for investors but was diverting funds for himself and his co-conspirators. The MCC allegedly recruited MCC promoters and affiliates as part of a multi-level marketing scheme. As such, Capuci promised from Apple watches to iPads to luxury vehicles such as Lamborghini and Porsche, and Ferrari.

But he concealed the location and control of the fraud proceeds obtained from investors. He achieved this by laundering the funds internationally through various foreign-based crypto exchanges.

US’s SEC has also outlined fraud charges against MCC and its co-founders Emerson Pires and Capuci, as well as two entities controlled by Capuci in CPTL Coin Corp (CPTLCoin) and Bitcoin Exchanges (Bitchain). The SEC, in its complaint, highlighted that Capuci and Pires sold mining packages to 65,535 investors worldwide with promised daily returns of 1%, paid weekly over the course of a year.