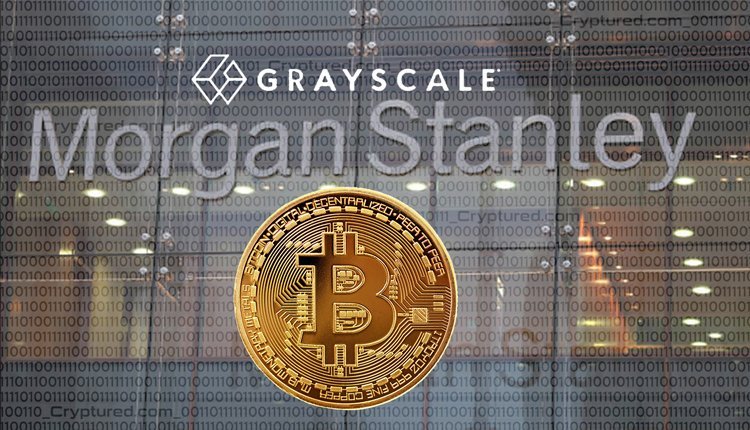 Morgan Stanley has increased its exposure to Bitcoin by purchasing Grayscale shares.

Morgan Stanley has been slowly increasing their involvement in the market of cryptocurrency. They doubled down on their Bitcoin exposure through the Grayscale Bitcoin Trust (GBTC). The GBTC issues shares solely tied to the market value of bitcoin.

Dennis Lynch, head of the asset management subsidiary Counterpoint of Morgan Stanley, said that the reason why they invested in bitcoin is that they like the idea of betting small and winning big. He further said that bitcoin is just like South Park’s Kenny. In every episode, he dies and comes back. People might see in the newspaper that bitcoin is dead, but it continues to persist.

This year, the investment in cryptocurrencies has increased and sent the prices of major coins like Bitcoin to a record high. Bitcoin is the largest cryptocurrency by market value. In the last year, it has gained more than 300%. Even though it is considered to be highly volatile, it has managed to show great resilience under selling pressure.

Morgan Stanley is just one of the many big banks that have started to increase their exposure to the market of cryptocurrency. The retail wealth clients of JPMorgan have been given access to crypto funds which includes exposure to the GBTC.

Established in 2013, the Grayscale Trust is the biggest public holder of bitcoin. Currently, it has about $28.2 billion in assets under management. Its shares are trading at around $34.18. When Morgan Stanley released the statement saying that they owned the new shares, they were valued at about $36.

Terrorist funding accounts for only 0.05 percent of all unlawful cryptocurrency transactions

The number of Bitcoin Lightning nodes and channels has reached new highs.