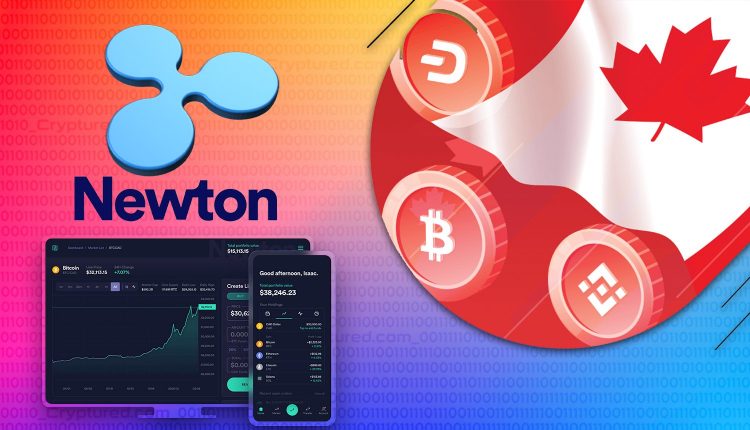 One of the first exchanges to re-list Ripple(XRP) is Newton Crypto, the most well-known trading platform in Canada. Because of the Ripple v. SEC lawsuit, the platform delisted the token in early 2021. Investors can now buy XRP on the Newton exchange, which has a user base of over 100,000 daily active users. Leading cryptocurrency exchange Coinbase delisted the token as a result of the legal dispute between Ripple and XRP.

The re-listing of XRP on the trading platform was announced by Dustin Walper, the co-founder, and CEO of Netwon Crypto. “Surprise! We updated $XRP’s listing on @newton crypto. The CEO, however, did not state why the cryptocurrency was being relisted.

While the bulk of the community has reacted favorably to the news, some have expressed disinterest in it. Reminding the Newton team of their choice to delist XRP on their Canadian platform, despite not being directly impacted by the SEC’s legal dispute with Ripple.

With reference to legal and regulatory concerns, Newton Crypto announced that it would be delisting XRP and USDT from its platform in December 2021. User accounts had until January 19, 2022, to transfer all of their XRP and USDT out of Newton accounts.

Newton’s move to delist XRP followed a trend seen across a number of exchanges, including Coinbase, the biggest exchange in America, which stopped XRP trading on January 19.

Supporters of XRP believe a review of these judgments will happen soon as the SEC’s case against Ripple approaches its conclusion. The asset was relisted for the first time on Newton Crypto; other exchanges may soon do the same.

Despite numerous social media campaigns encouraging the exchange to list the cryptocurrency once more, Coinbase has not yet done so. It is unlikely that Coinbase will list XRP again in light of the ongoing Ripple v. SEC litigation.

Since Newton is a Canadian company, the SEC has no authority over it. If Coinbase accepts XRP in the midst of the legal dispute, the SEC may pursue Coinbase. Therefore, it is still doubtful that Coinbase will add XRP at this time. Only once the litigation has been resolved may Coinbase think about adding the token.

Additionally, Coinbase recently asked to submit an amicus brief supporting Ripple in the ongoing legal dispute. The exchange emphasized that because of the continuing legal dispute, it was forced to delist the cryptocurrency.

High Tax on Digital Currency May Kill Industry in India.